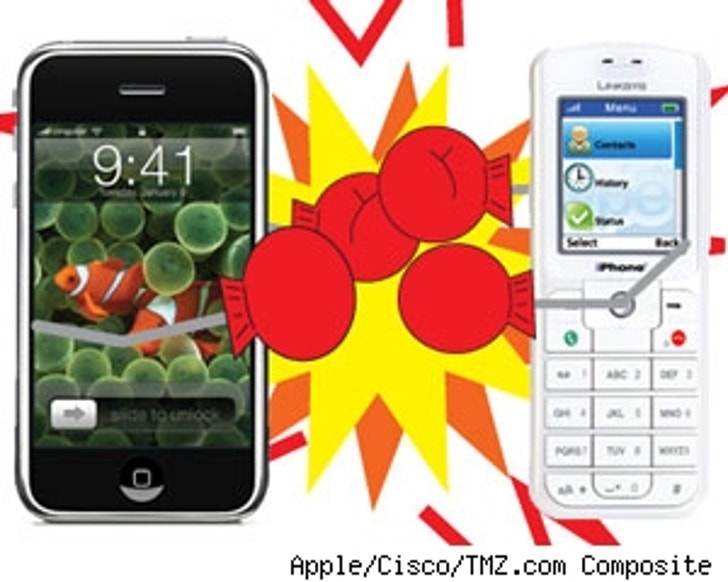 Cisco's suit against Apple got a response that was probably not what they expected.

Apple spokeswomen Natalie Kerris called the lawsuit "silly" and went on to state that other companies were already using the iPhone name on other VoIP (Voice Over Internet Protocol) devices.

Natalie continued, "We believe that Cisco's U.S. trademark registration is tenuous at best. Apple's the first company to use the iPhone name for a cell phone. And if Cisco wants to challenge us on it, we're very confident we will prevail."

Dem's fightin' words if we ever heard 'em!

The web is ablaze with bloggers and pundits choosing sides and throwing their two cents into the mix. For serious Mac addicts and diehard Apple haters, BoDog.com is giving all a chance to place bets on the outcome of the suit. So far, the odds are favoring Apple computer to win the suit and keep the iPhone name.

The way things are going, a cage match for the name iPhone isn't out of the question.