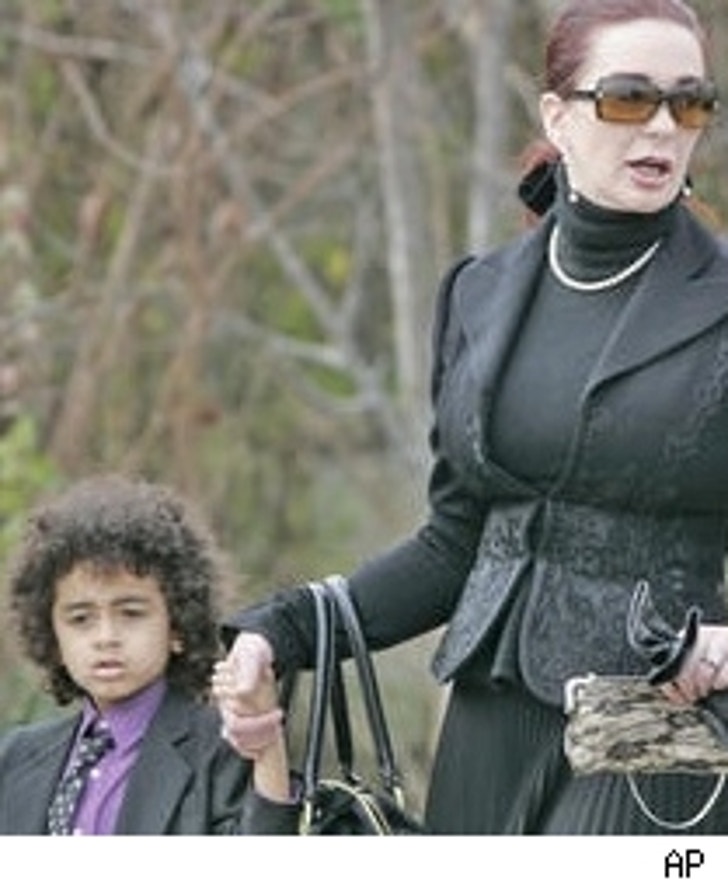 Papa may have a brand new resting place, but James Brown's youngest son and his last partner, Tomi Rae Hynie, won't be getting any of the Godfather of Soul's money.

According to Brown's attorney, Strom Thurmond Jr., five-year-old James Jr. is not listed as one of Brown's six children in his will, which was read in Aiken, S.C. today. And his mother, Hynie, once a backup singer for Brown, was also disinherited. Another Brown attorney says that the will has been read, but not yet filed in probate court.

Shortly after Brown's death on Christmas Day at age 73, Hynie returned to the Atlanta home she said she shared with Brown -- only to find herself unceremoniously locked out. A lawyer for the late music legend said that Hynie and Brown weren't legally married. Hynie's attorney, Thornton Morris, says that his client has no idea when the will was executed.