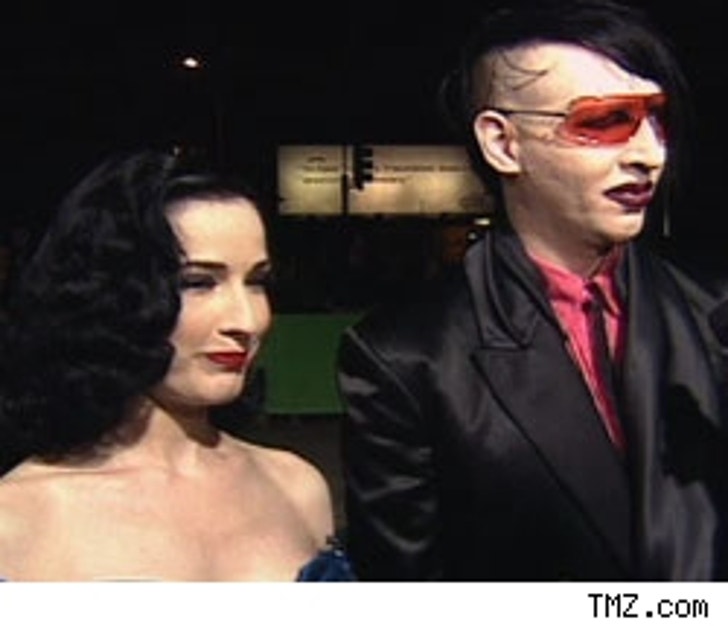 According to court documents obtained by TMZ, Manson asked the courts to block any future claim by Von Teese for spousal support. Marilyn also wants her to pay for her own lawyers.

The former lovers aren't seeing eye-to-mascara-covered-eye on the date of their breakup either. Manson claims they split on Halloween, while Von Teese claims they broke up two months later on Christmas Eve. They are both blaming the split on "irreconcilable differences."

Manson and Von Teese had a star-studded wedding ceremony in Ireland in December of 2005. Keanu Reeves, Lisa Maria Presley and Sharon and Ozzy Osbourne were among the guests.