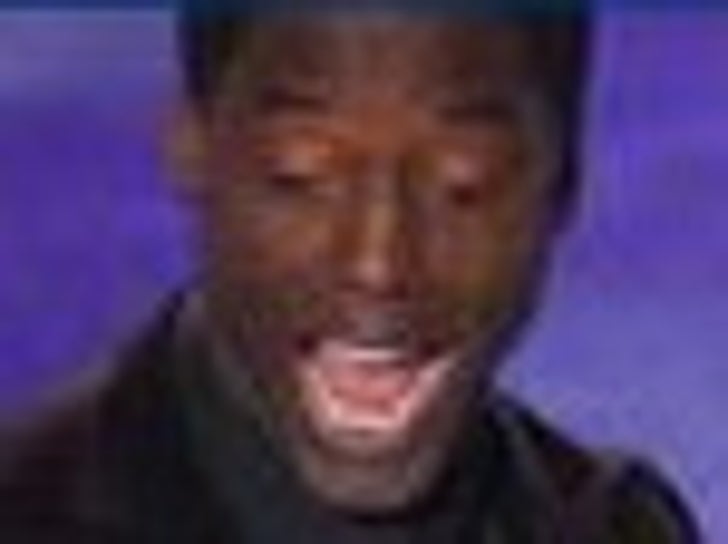 Isaiah Washington -- the man who reintroduced America to the word "faggot" -- is now blaming the messenger. He's fired his longtime publicist.

According to TV Guide, the "Grey's" star has hired Allen Mayer and Kelly Mullens, whose bag is crisis management. Mayer has put out fires for the likes of R. Kelly, Tommy Lee and Paula Poundstone.

For starters, the new team might want to rethink Isaiah's apology. He said he was sorry for using the Golden Globe microphone to deny he called co-star T.R. Knight a faggot, but never really said if he called Knight a faggot in the first place. For the record, TMZ users aren't buying Isaiah's mea culpa -- 85% say it's b.s.

Anna Nicole Smith gets no credit in the Bahamas -- at least that's the plan. According to Yahoo News, a Bahamian law firm wants to freeze the former Playboy Playmate's bank accounts till she pays her legal bills.

The firm, which represented Smith after her son's death, claims she owes $125,000. A firm rep says she "has a total aversion to paying her bills and ... will seek to avoid paying the fees by any means." Anna Nicole's current lawyer admits, "They're correct that they haven't been paid." Her defense -- the firm hasn't sent her an itemized bill and she's probably the one who's owed a refund. You're telling the story, Anna.

K-Fed Has the Last Laugh

We all called K-Fed a loser, right? Well, while Brit's been stumbling around Hollywood, FedEx is living it up in high style.

Spear's soon-to-be ex was dining with his posse Friday night in the VIP section of TAO in Las Vegas. Our spies watched them chow down on Kobe beef and lobster. But here's the amazing part -- K-fed can actually pay the bill himself after scoring a cool half mil for making fun of himself in a Nationwide Insurance spot that will air during the Super Bowl. This loser may have legs after all.

Simon Cowell apologized for calling a bug-eyed contestant a "bush baby," saying, "There are times, trust me, when I watch it and I say, 'God, I wish I hadn't said that" ... Angelina Jolie flew solo to Vietnam to make an appearance on behalf of the Maddox Jolie-Pitt Project, a charity that aids her adopted son's native country of Cambodia ... Although the CW network considered picking up "The OC," which was recently canceled by FOX, they ultimately passed on the show.