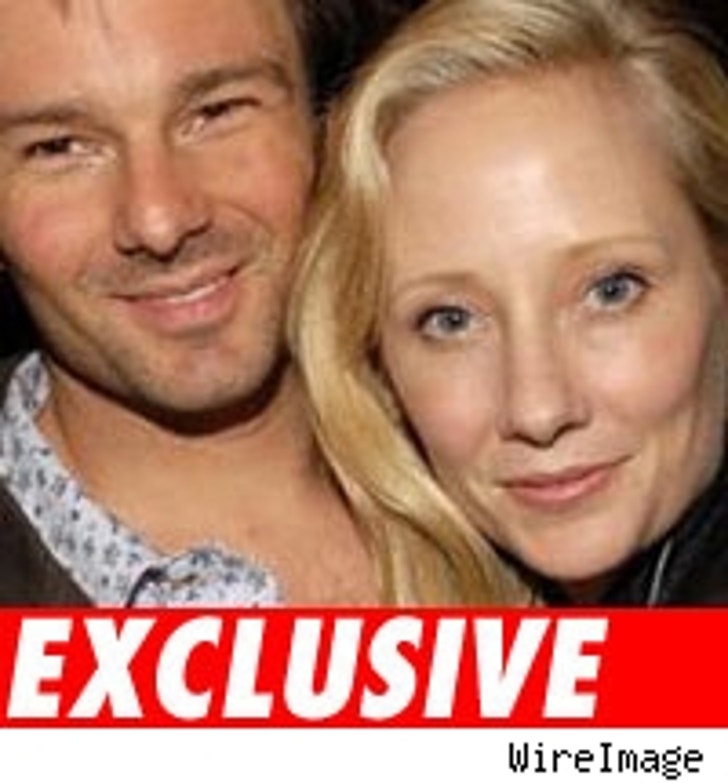 The estranged husband of "Men in Trees" star Anne Heche is making the first legal move in their highly publicized breakup, and he wants Heche to pay up.

TMZ obtained the divorce papers filed yesterday in a Los Angeles County Court, in which Coley Laffoon blames the split on "irreconcilable differences."

Laffoon, a 33-year-old cameraman, is asking the court for spousal support and joint custody of the couple's five-year-old son, Homer.

The filing comes in the wake of reports linking Heche with her "Men in Trees" costar, James Tupper, who split from his own spouse just a few months ago. Neither star has confirmed the relationship.

Ironically, the couple met during production of a 2000 documentary chronicling Ellen DeGeneres' return to stand up comedy. Heche made headlines dating the talk-show and soon-to-be Oscar host Ellen for roughly three years.