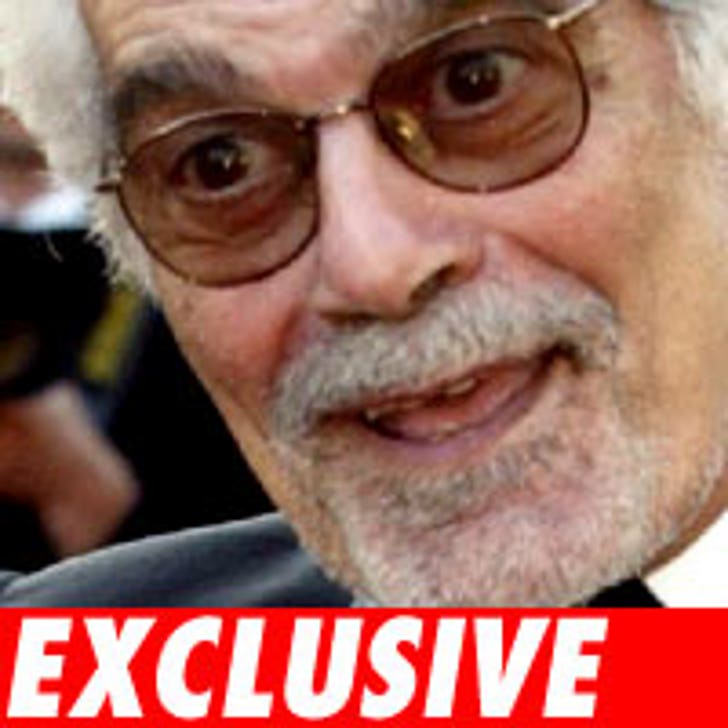 Ancient actor Omar Sharif goes on trial in Beverly Hills court next week, in a case involving a parking attendant who claims Sharif beat him. Problem is -- Omar's in Egypt.

The 75-year-old "Dr. Zhivago" star is accused of beating the attendant "in a drunken rage" and calling him "a stupid Mexican" after the attendant refused to accept Omar's Euros, which he used instead of American dollars.

The Los Angeles County District Attorney has filed a misdemeanor battery charge against Sharif and the trial is set to begin on Tuesday.

Today, Sharif's lawyer, Harland Braun, went to 90210 court and asked the judge to allow his client, who's currently living in Egypt, to testify via live satellite. The D.A. objected and the judge shut Omar down. Sharif must now decide if he'll come to the U.S. or not. Since it's a misdemeanor, he's not required to attend the trial.

The parking attendant is also suing Sharif for $750,000. Braun tells TMZ, "This is a totally bogus case and it's designed to shake Mr. Sharif down."