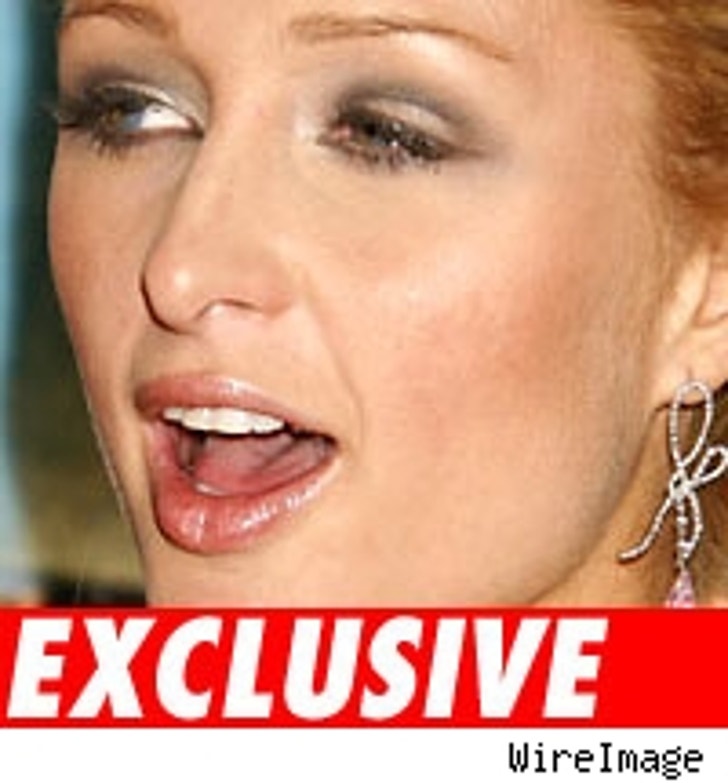 TMZ has learned that a federal judge has issued a temporary restraining order Friday, prohibiting the distribution of Paris Hilton's lurid belongings -- at least, many of them.

Bardia Persa purchased a storage bin full of Hilton's stuff from a third party after the storage bill went unpaid and the storage company auctioned her belongings off for $2,775. The people who bought Paris' belongings sold it to Persa for a reported $10 million. Persa then allegedly created ParisExposed.com, a subscription site which is burning up the Internet.

The belongings reportedly include shocking photos and tapes, including evidence of drug use and graphic sex. There is also highly sensitive medical information.

Friday's injunction prohibits Persa from temporarily peddling Paris' health information, Social Security number, phone numbers, addresses, banking and financial information and "photographs, videos, and writings depicting Plaintiff in a sexual manner not previously exposed to public viewing." The injunction also prohibits Persa from peddling Paris' "name, voice, photograph, or likeness in connection with any website, whether under the domain www.parisexposed.net or otherwise, in connection with the offer or sale of any good (sic) or service without Plaintiff's consent."

Hilton's high-powered celebrity lawyer, Howard Weitzman, filed suit against Persa for copyright infringement and invasion of privacy. Persa has been ordered into court on February 16, to explain why the injunction should not be extended.