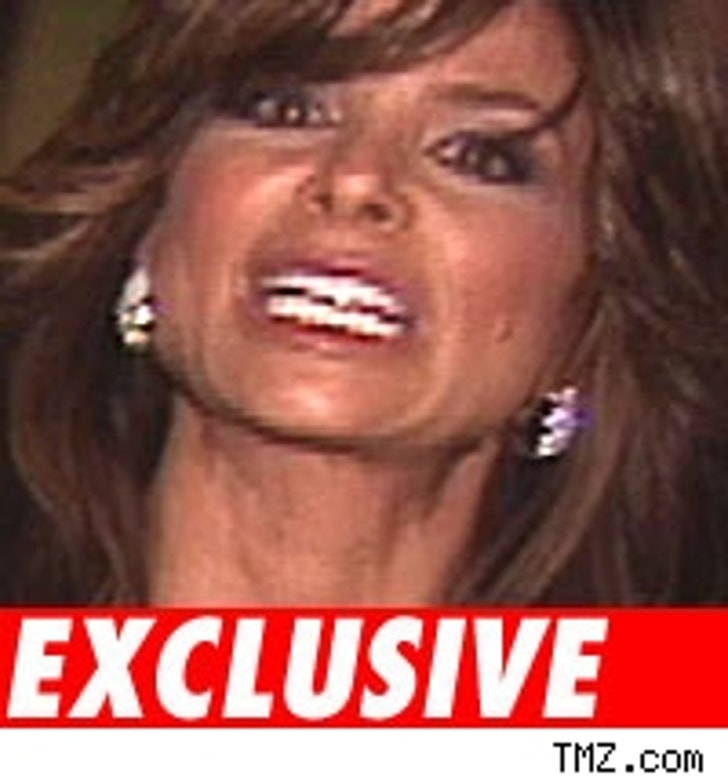 TMZ has obtained a lawsuit filed against Paula Abdul by a production company claiming the "Idol" judge tried to screw them out of a show based on Paula's life.

According to the lawsuit filed in Los Angeles County Superior Court, Pilgrim Films and Television (PFTV) met with Abdul and David Russo (her producing partner) in 2004 and discussed a talk show featuring Abdul. According to the suit, after some false starts, the concept evolved into a reality show titled "Hey Paula," based on Abdul's wacky life.

The lawsuit alleges that the project fell apart after Abdul demanded final editorial control over the final product. The suit claims PFTV was trying to get the show back on track by selling it to Oxygen. But PFTV claims Abdul allegedly came clean and told the peeps at PFTV that "she had secretly taken PFTV's 'Hey Paula' project ... to Bravo." The suit claims she never mentioned that Russo was allegedly in on it. On January 12, Bravo announced "Hey Paula" will debut sometime this year on the cable network.

The suit asks for compensatory and punitive damages, in addition to an injunction prohibiting anyone from airing "Hey Paula."

Paula told TMZ, "While I'm not going to respond to this baseless lawsuit, I will say that "Hey Paula" is based upon my life and my ideas. Last I heard, I still own my own life."