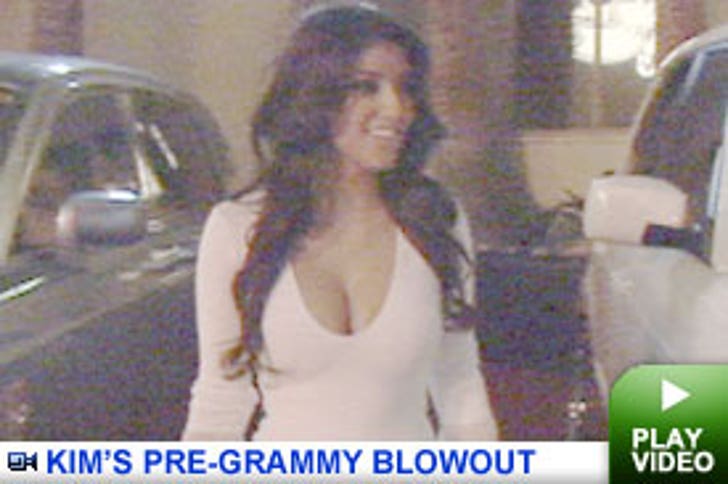 Kim Kardashian hosted the House of Hype and Complex magazine pre-Grammy bash Saturday night at the Roosevelt Hotel with former boyfriend Nick Cannon as the DJ -- but it was Ray J, (Kim's ex and sex tape co-star) who made headlines -- by getting tossed!

Inside sources tell TMZ that Ray J was thrown out of the soiree. Earlier, Kim told TMZ that she was planning to fight the release of the sex tape, so it's clear how the pair might not be getting along. Maybe he brought his camera?

Kim looked beyond hot in an all-white dress -- insert your own virgin joke here. She was joined by the sisters Hilton, Ashlee Simpson, Fall Out Boy frontman Pete Wentz, Brooke Hogan, John Legend and many more.

UPDATE: A rep for Ray J tells TMZ, "The claim that Ray J was thrown out of Kim's party is absolutely, positively untrue." The rep says Ray J was simply "party hopping" and decided it was time to leave.