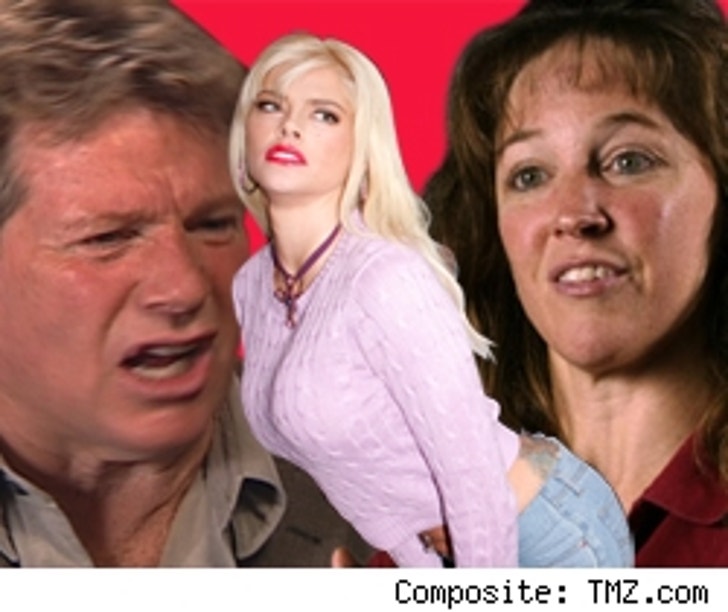 Not that anyone is celebrating the untimely death of Anna Nicole Smith, but there are definitely two people of this earth (and, well, outer space) who are at least relieved by the media maelstrom that got kicked up -- Ryan O'Neal and astronut Lisa Nowak. Remember them? Ryan O'Who?

When we last left Ryan, TMZ was reporting that it was his son Griffin -- who allegedly chained his half-brother to a stairwell -- that triggered Ryan and Griffin's fireplace-poker-swinging free-for-all. Gloria Allred, Griffin's attorney, told us that he was protecting his brother. The L.A. County Sheriff's Department has referred Ryan's file to the District Attorney for review, where the case is now being considered.

As for star-crossed lover Nowak, the Houston Chronicle reported in yesterday's edition that the former NASA payload specialist was missing from her usual church pew, even though she'd been freed on $25,000 bond. Whether in church or not, she's no doubt saying a prayer of thanks to Anna Nicole, who's made her diaper-and-rubber-tubing voyage seem like small potatoes in scandal land.

Anna took more than a few stories with her to the beyond.