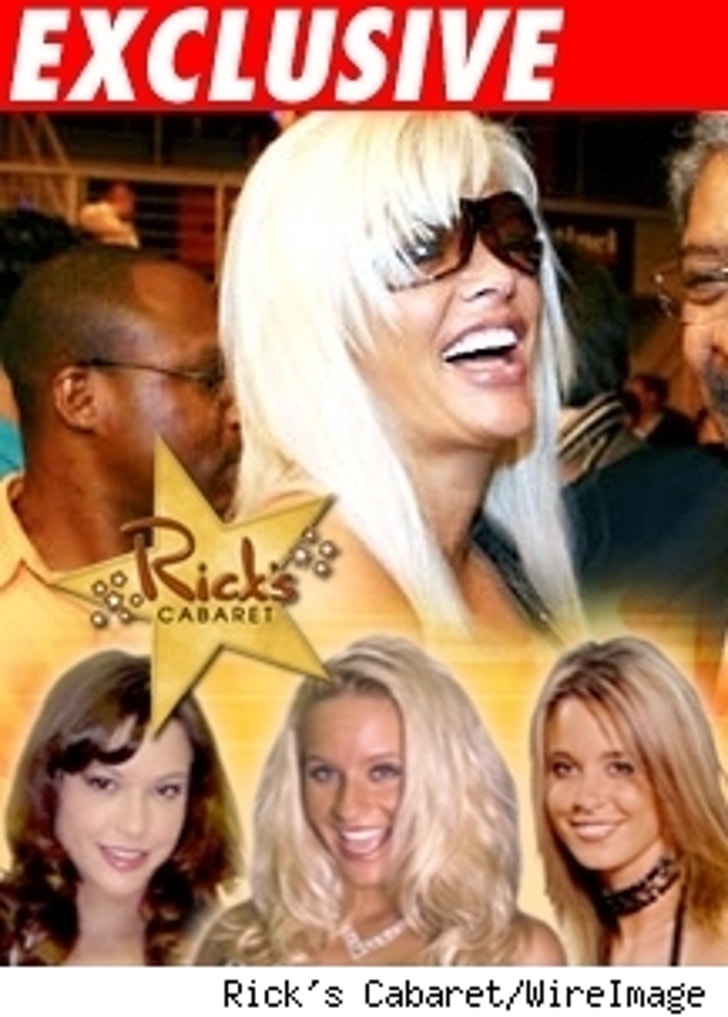 TMZ has learned that the "Girls of Rick's Cabaret" will blow a goodbye kiss to Anna Nicole Smith on Valentine's Day. At the stroke of midnight, dancers at a dozen strip clubs will dim the lights and join onstage in memory of the former exotic dancer, who died last Thursday at age 39.

It was at Rick's Cabaret in Houston that Anna met her late husband, oil billionaire J. Howard Marshall. "Anna Nicole and Howard Marshall were a fixture," recalls Rick's founder, Robert Watters. "Howard would come in during the day and spend money. He'd have a drink and watch Anna Nicole. She would often dance for him with a friend, and he seemed to get a lot of pleasure out of watching her interact with another dancer."

Bob Glass, regional manager of Rick's, said of Anna "She had a certain quality that is the essence of what we strive for in all of our entertainers. She was energetic, charismatic and an absolutely beautiful woman."