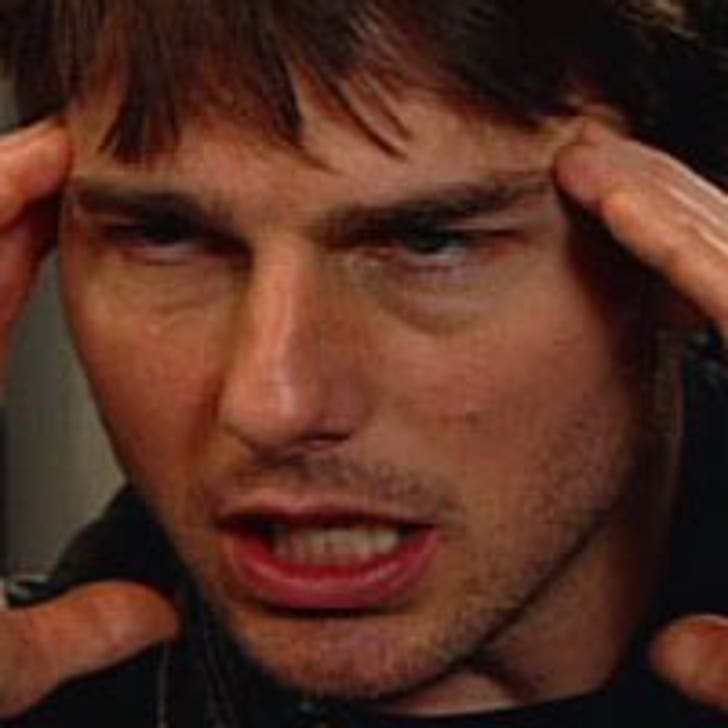 The Los Angeles Times' Claudia Eller reports that Team Cruise is closing in on some $500 million in financing that would be spread over several years at United Artists.

Now, we hate to admit this, but Cruise's career almost appears to be stabilizing.

After the "creative suicide" of last summer, Cruise's team has gone into overdrive: First the smart, classy deal that put Cruise into Robert Redford's next movie, "Lions for Lambs," in which in which Cruise plays a congressman.

(Even better, we hear that the congressman's name is not Mark Foley; Capitol Hill Blue, a non-partisan blog, wins our award for best recent Foley headline with "Mark Foley blows town," which in Foley's case could really mean anything. But we digress.)

More encouragingly, the LAT points out that Lambs had everyone, including Cruise, deferring their upfront fees so as to get the movie made for $35 million. Imagine: A Tom Cruise / Robert Redford / Meryl Streep movie for less than the price of a nuclear submarine?

But don't worry: Cruise still has a chance at blowing up this deal: Viz, "People close to the talks cautioned that the deal with expected lead investment bank Merrill Lynch wasn't final, and that terms were still being negotiated. They said an agreement could take an additional 10 days to two weeks to complete."

You hear that, Tom? Only ten days left to get the spray butter into your financial fridge. Better get cracking.