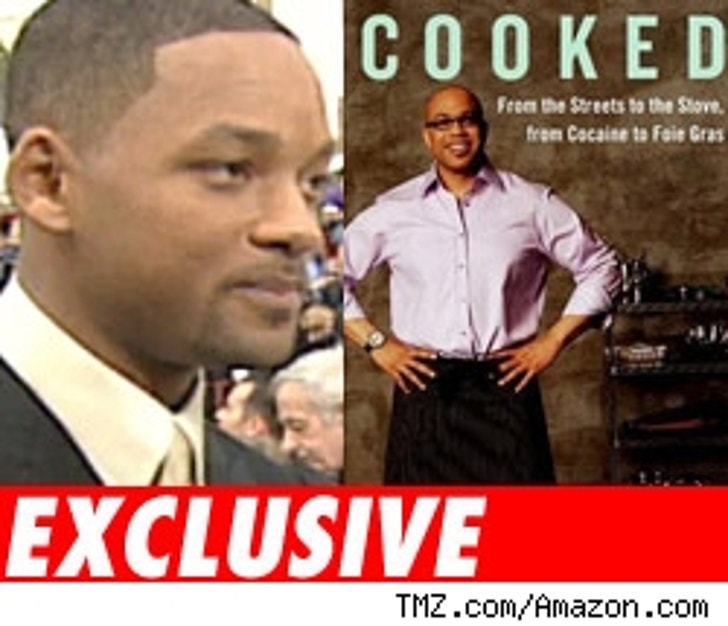 Breaking News: TMZ has learned that after his Oscar-nominated turn in "The Pursuit of Happyness," Will Smith is back on the streets again, this time making some major "drug" deals.
Specifically, Columbia Pictures has picked up the rights to Jeff Henderson's "Cooked: From the Streets to the Stove, From Cocaine to Foie Gras" about how one of San Diego's most successful cocaine dealers became an award-winning chef. The book was published last month by William Morrow.
We also hear that the same team of producers that brought the true-life story of Antwone Fisher to the screen at Fox Searchlight are also in the mix, namely Todd Black and his Escape Artists banner, who'll produce alongside Smith's Overbrook Entertainment production company, based at Sony.
Basically, here's the tale: Henderson racked up a sizable pile of cash slinging coke in San Diego, but that trade was cut short when he got pinched by the cops and was sentenced to 19 years in prison. Oddly enough, in the slammer, Henderson traded bent spoons for cooking spoons and found his life's passion: gourmet cooking. After winning early release for good behavior, Henderson worked his way up the ladder to become the executive chef at Café Bellagio in Las Vegas.
Word has it that Smith is producing with an eye toward starring in the film, should it get a green-light. It would be amusing to see what happens if Smith yelled "Line!" on the set: Would someone produce a script page with the forgotten dialogue, or a coke mirror with a rolled up C-note?
No screenwriter has yet been hired, but the studio's already on the lookout. May we suggest "Happyness" screenwriter Steve Conrad, served on a bed of wilted lettuce?
Developing...