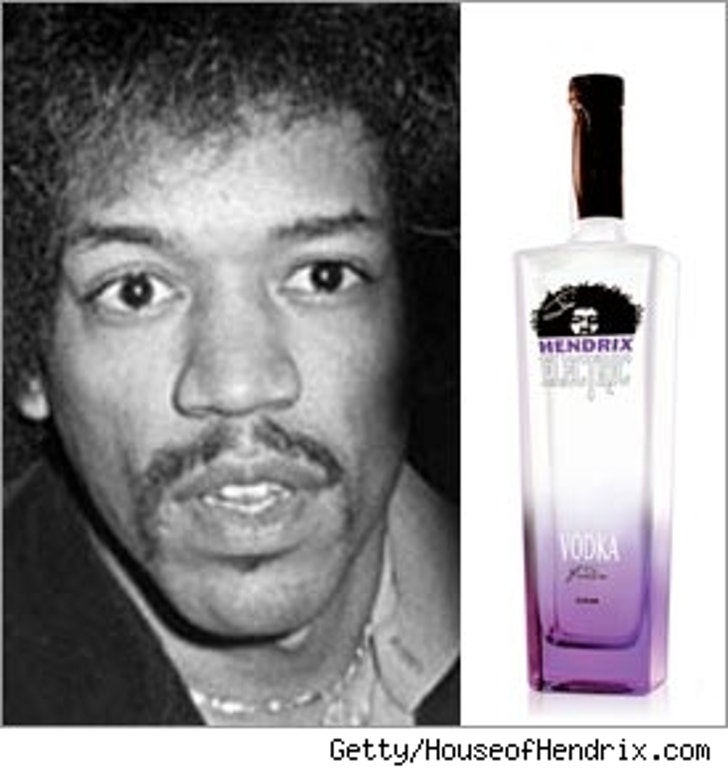 A vodka called Hendrix Electric, which bears the image and name of late guitar legend Jimi Hendrix, has ignited a lawsuit between two members of the Hendrix family.

Janie Hendrix -- the adopted stepdaughter of Jimi's father Al -- is suing a company called Electric Hendrix LLC for trademark infringement, false advertising, and other unlawful acts, as the Seattle Times reports, over the spirit, which comes in purple-tinted bottles. Jimi, of course, died in 1970 as a result, supposedly, of choking on his own vomit after drug and alcohol use -- and thus Janie calls marketing a vodka with Jimi's name "a sick joke."

The irony here is that Jimi's biological brother, Leon, is actually a part-owner of Electric Hendrix, whose founder, Seattle businessman Craig Dieffenbach, funded Leon's legal battle to wrest control of Jimi's estimated $80 million estate from Janie. Al Hendrix had given Janie control over the estate after his death in 2002, and left Leon and several relatives out of his will.