Simon Cowell says he doesn't expect Jennifer Hudson to apologize for calling him "abusive" during her run on American Idol, no matter how wrong she might be.

After "EXTRA" dug up several clips of Simon continually praising the Oscar winner during her run on the show, the acid-tongued judge had a surprising reaction, saying "Does she owe me an apology? No. I wouldn't expect an apology, funny enough."

But Cowell does expect Hudson to show some love for the people that helped her blow up. "I'd say thank your lucky stars, you've had two breaks in your life, "American Idol" and "Dreamgirls," doesn't get any better than that." 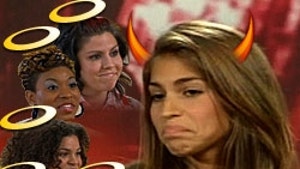 Female Idols in a Bunch over Barba