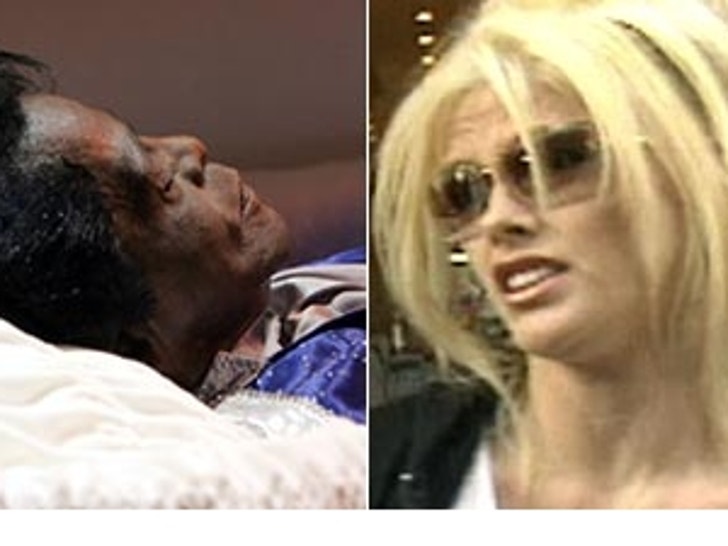 Celebrities are able to get everything they want, when they want it. Everything it seems -- except buried! 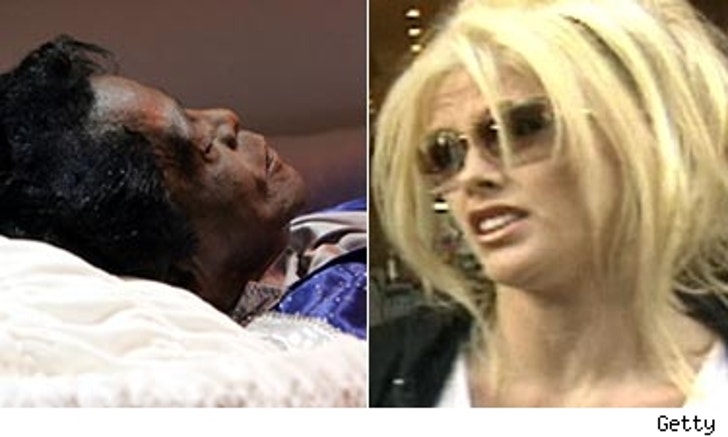 If the 22 days it took to bury Anna Nicole Smith seemed somewhat twisted, what would James Brown think about the fact that 73 days since his December 25 death, he's still not in the ground?! I feel good?! Get on up?!

So why the delay in putting the "sex machine" six feet under? With several paternity claims to be settled (sound familiar?), Brown's trustees want DNA samples taken before the singer is entombed. Meanwhile, the decomposing Godfather of Soul is being held in a climate-controlled undisclosed location.

Even in death, Brown's still the Hardest Working Man in Show Business!