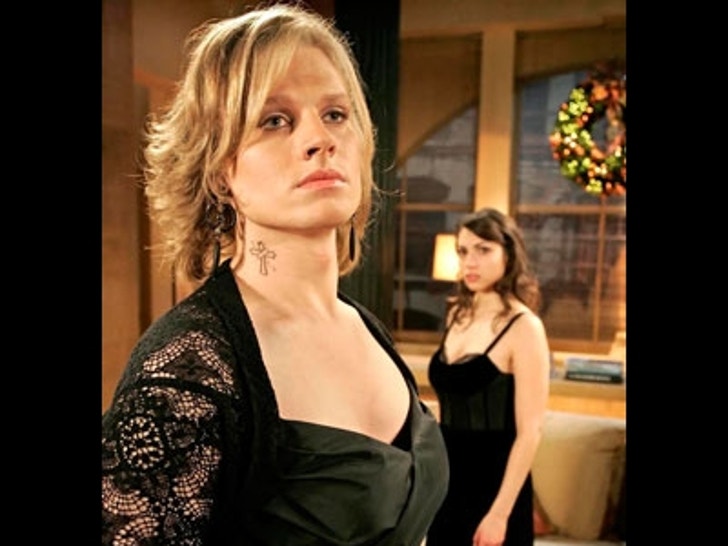 Housewives across the country got a little lesson in transgenderism on Friday's episode of "All My Children." 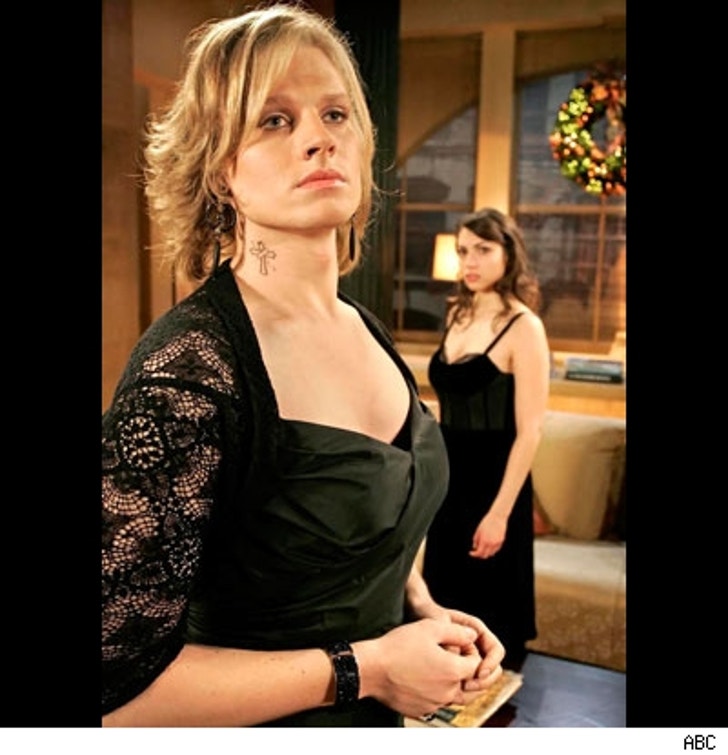 The soap furthered the storyline of transgendered lesbian character Zarf/Zoe's quest to transition from male to female. On today's educational and partially unscripted episode, Zarf, played by male actor Jeffrey Carlson, ventured to a support group where he encountered trans persons, played by genuine transgendered actors in various stages of undergoing the change. Janice Dickinson must have been unavailable, but a Sandra Oh lookalike was!

For a brief moment, the ABC soap diverged from their laughable Satin Slayer storyline to expose audiences to more diverse characters in a positive light. Let's hope this noble effort doesn't turn into the serial's killer, or kill the serial.