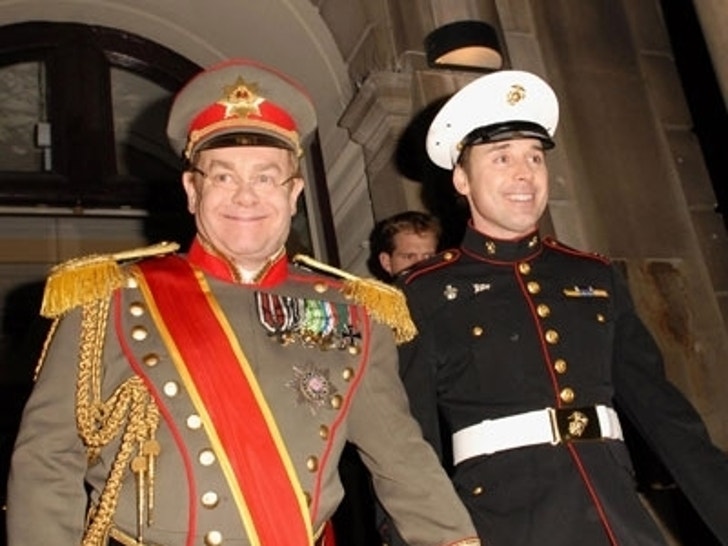 Can you feel the military tonight? Sir Elton John and his partner David Furnish emerged triumphantly in full Reg-imental garb from Shoreditch Town Hall in the East End of London. 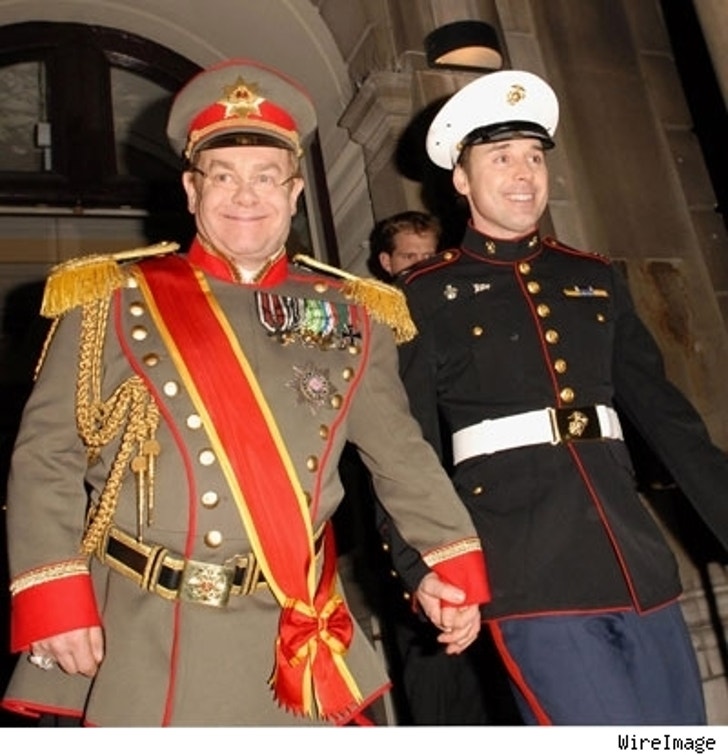 The couple was not returning from a reenactment of a World War I battle; rather, they had just celebrated John's 60th birthday, along with Sir Paul McCartney, the Osbournes and Kate Moss. The black-tie affair was studded with other high-ranking members of the British social army, including Hugh Grant, Sting and Thandie Newton.