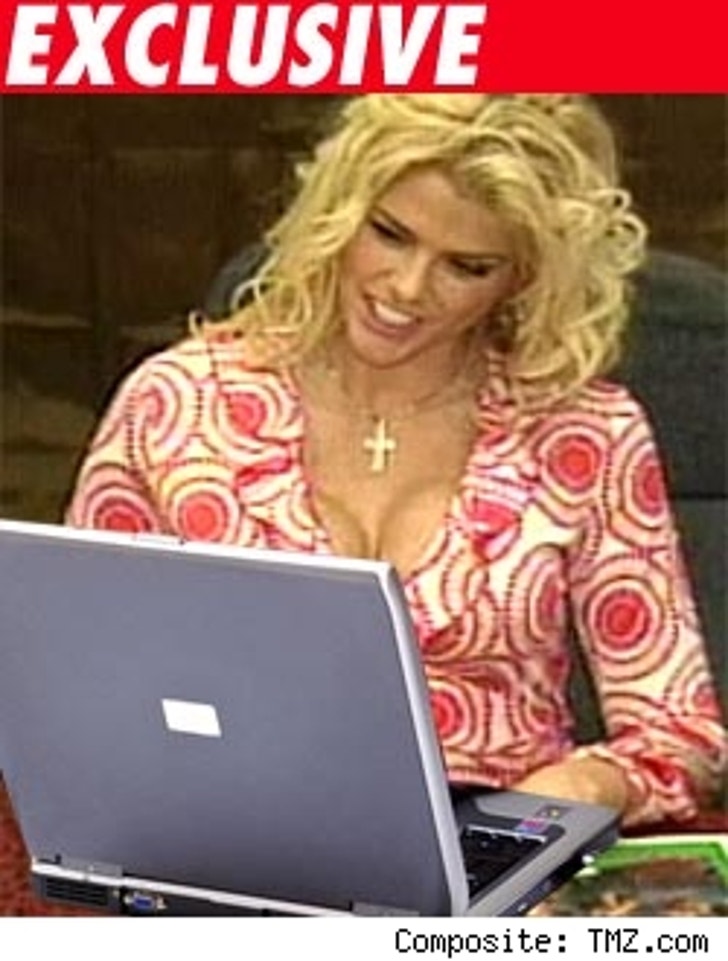 TMZ has learned the computer that has created renewed interest in the Anna Nicole Smith case contains e-mails from Smith to her doctors -- e-mails about drugs.

We're told the Bahamian police and Seminole cops met this week and discussed the contents of a computer that was in Anna Nicole's room the day she died. Sources say the computer in question was Anna's laptop, which she frequently used. The wife of Big Moe, Anna's bodyguard, was on the computer as Anna was lying in the bed before 911 was called.

We know Anna sometimes communicated with her doctors in the United States via e-mail.

TMZ also knows that Dr. Joshua Perper, the Medical Examiner, has interviewed people about Anna's drug use. We know Dr. Perper has asked about Anna's use of injectible Demerol, and whether she swabbed alcohol on her skin before inserting the needle.

We've also learned that at least one cop from Nassau checked into the Hard Rock Hotel yesterday, the hotel where Anna died. Although we cannot confirm this, it appears that the computer may have linked two separate investigations -- the Bahamian probe into the death of Anna's son Daniel, and the Florida death of Anna.