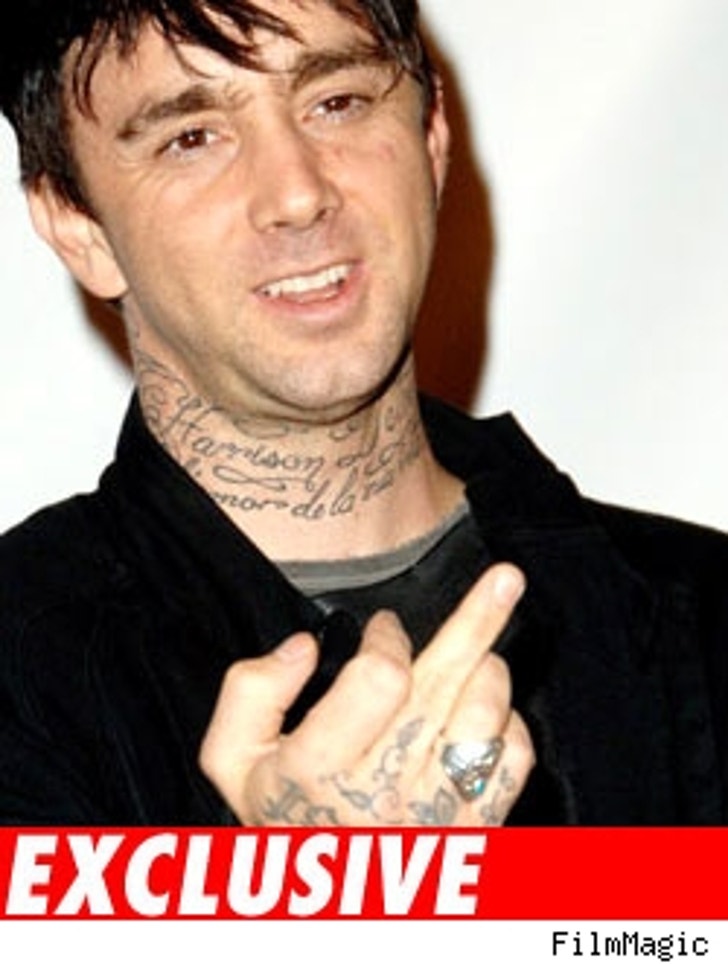 TMZ has learned that tatted-to-the-neck "Project Runway" winner Jeffrey Sebelia has taken the runway off his relationship with his girlfriend Melanie, with whom he created a stylishly mohawked son.

The Cosa Nostra label owner was portrayed as a punkish family man on Season 3, with babymama Melanie and their son, who sported mommy 'n me mohawks. In the show's finale, it was all tears of joy and love, but sources tell TMZ that shortly after the show wrapped, Jeffrey decided that Mel was so last year.

It's rumored that the designer will be working on the clothes for the upcoming "Bratz" movie.