Fergie is a man! 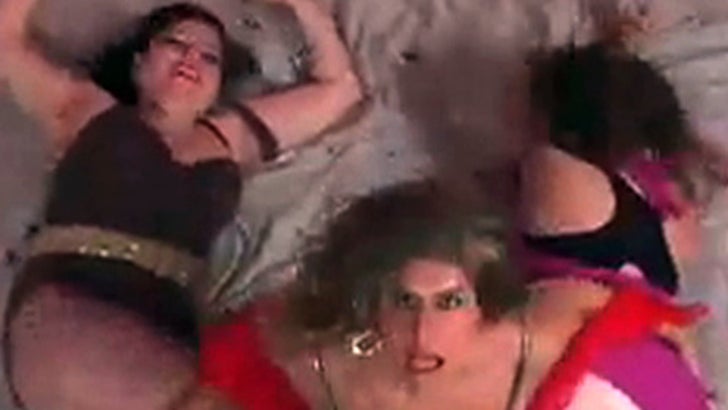 Well, not the real Fergie, but NYC writer/performer/filmmaker Greg Scarnici is, and in his latest video opus, he has nip/tucked and weave/plucked himself to parody the Black Eyed Pea frontwoman's hit song, "Fergalicious." T-t-t-t-tasty, tasty!

Scarnici, who previously mocked a rage-a-licious Beyonce in "Ring the Alarm," created this hilarious spoof in his Brooklyn apartment for a TV show on a TBD network. Scarnici gives new meaning to must see TV!

TMZ contacted Scarnici, who said he chose to transform "Fergalicious" because, "I've loved it ever since the first time I heard it ... when it was called 'Supersonic' by JJ Fad." No joke!

Click here to check out Fergie Ferg in a way you've never seen her before!