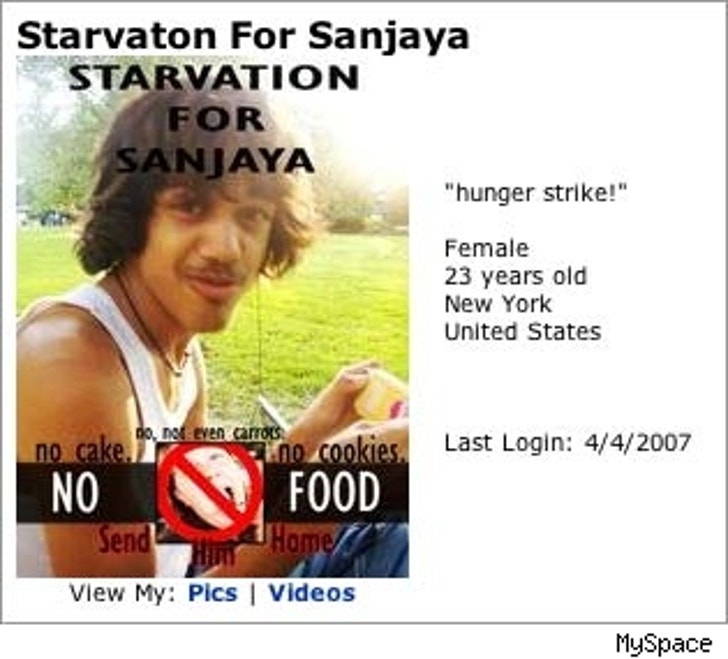 "J" is the "American Idol" fan who starved herself for 16 days in an effort to get Sanjaya Malakar off "American Idol." It hasn't worked (yet), but she tells TMZ that she thinks the tide is turning. "I wanted people who were upset Sanjaya was still on the show, but hadn't voted, to be motivated to call because of what I was doing. I believe that I got people to do this."

"J" lost 17 pounds during her protest and says the desire to eat had completely disappeared. She says that she could have continued, if not for doctor's orders, and that she had the support of friends and family until her health became an issue. "For the most part, it was a pretty positive reaction," she says. "They were glad that I took a stand for something I believe in."

In her final video posting, a computer screensaver can be seen in the background -- an ad for Fitness-Singles.com. So was this all a publicity stunt for a dating website? "It's funny that so many people are reading so much into that. I actually have a job with Fitness Singles in their support department, so that screensaver has been on my computer for quite some time now."