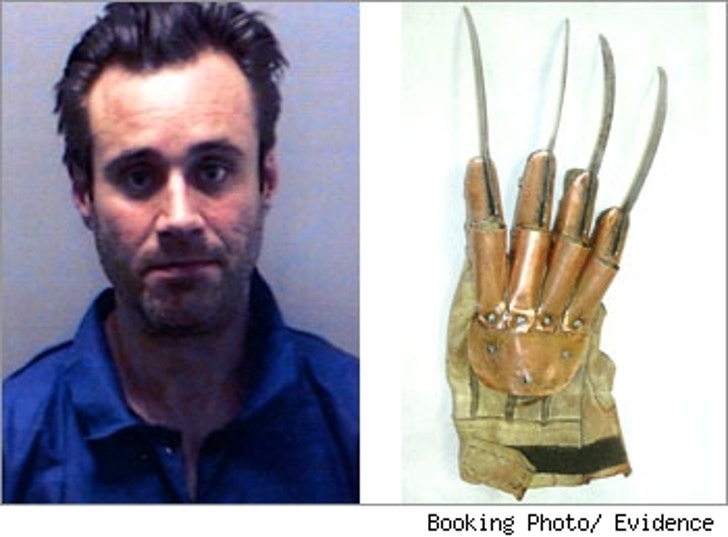 Call it "A Nightmare on Bulwer Road."

A British man, Jason Moore, could spend the rest of his life in the clink for attacking his friend John-Paul Skamarski with a knife-equipped glove -- much like the one Freddy Krueger used to snag his prey in the "Nightmare on Elm Street" horror flicks. Moore and Skamarski, according to the British press, drank four liters of cider at Moore's house on Bulwer Road in Leicester, England, when Skamarski decided to take a sleeping pill and crash.

The next thing Skamarski knew, Moore was slashing at his face with a bladed glove and a ten-inch bread knife, wherein a struggle ensued. Skamarski suffered cuts to his face, hand, and a stab wound in his chest.

During the course of his trial, which ended yesterday with a life-imprisonment verdict, Moore admitted to watching "Nightmare" twenty times, but couldn't explain why he was slashing Skamarskin so savagely. Moore had reportedly made three other Freddy gloves over the years.