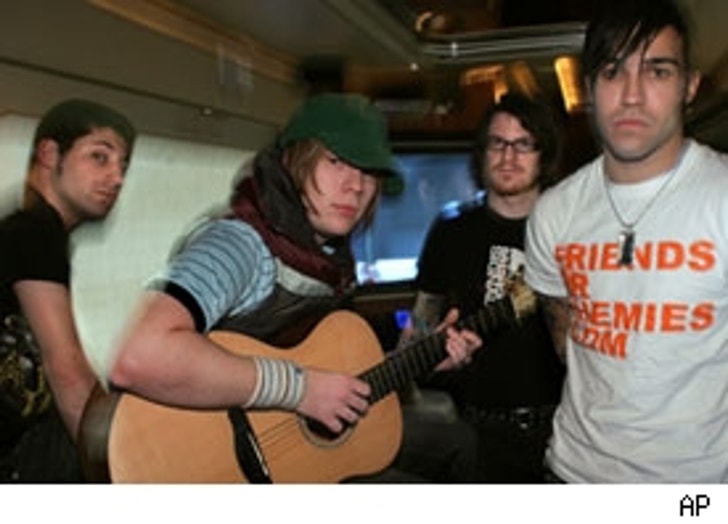 The first few weeks of Fall Out Boy's latest concert tour have been delayed, the band announced today, citing "personal issues beyond the band's control."

As part of a statement released today, bassist Pete Wentz said, "Unfortunately, because of some personal issues, we had to delay the tour a few weeks. We want to put on the best possible show we can, and know that this extra couple of weeks will give us the time to put ourselves in the right place to put on the best show we can."

TMZ spoke with a rep at the band's label, Island Records, who assured us, "No one's dead and no one's in rehab." Whew!

The Honda Civic Tour will now kick off on May 11.