While Emmanuelle Chriqui let it all hang out last night, Jessica Simpson had a slip of her own outside a Mexican restaurant -- cussing for cameras. 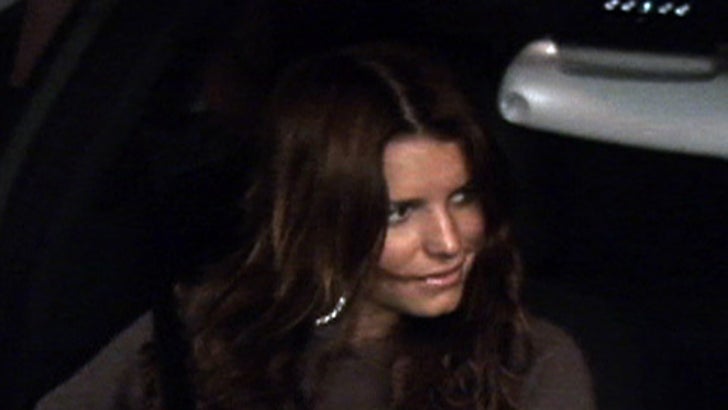 Jess must have been craving Mexican food during her trip to Australia. After dining at Marix in West Hollywood with hairstylist Ken Paves, Simpson emerged, and shocked by the number of photogs flashing her, simply exclaimed, "Sh*t!"

Across town, Tyra Banks and Sean Stewart were spotted at Mr. Chow in Beverly Hills, with Stewart getting some fan love from an excited female.

Also out: Kevin Dillon, aka Johnny Drama, a disappointed Dave Navarro, a pink-locked Kelis, and Kelly Clarkson, who had a pink accessory of her own -- a Pepto-colored convertible!

All this and more in today's margarita enhanced Star Catcher.