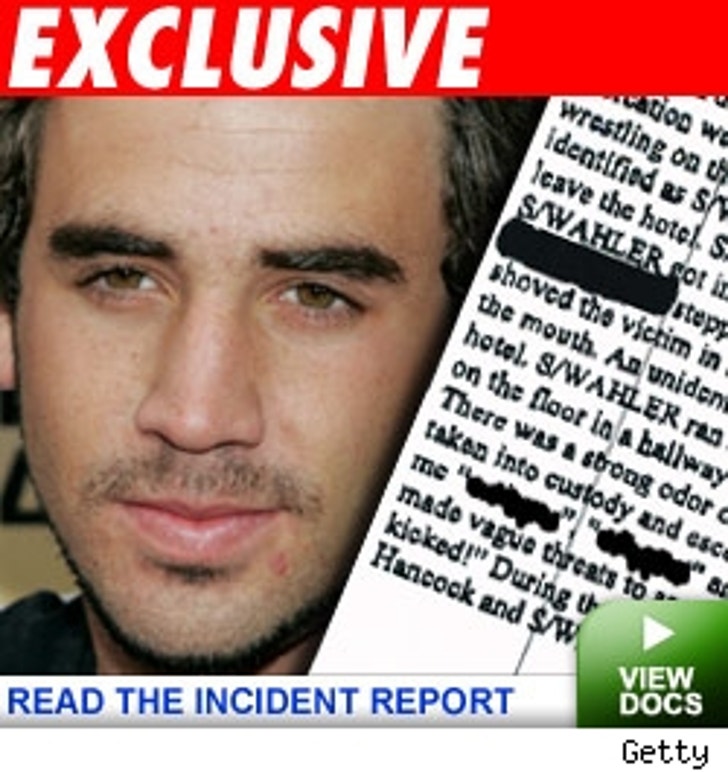 Jason Wahler spewed a barrage of racist and offensive slurs during his arrest in Washington state this weekend, allegedly calling a police officer a "nig**r, fag**t, and poor f**k," this according to the police report.

According to the document, obtained by TMZ, police were called to the Waterfront Marriott to respond to a fight involving 20-year-old Wahler. Hotel security found Wahler wrestling on the lobby floor with an unidentified man. The police report says Wahler used his right fist to punch one of the security guards in the mouth. According to the document, Whaler then ran from the hotel, only to return a short time later.

Officer DePina, who wrote the report, says when Seattle PD arrived they found a "very intoxicated" Wahler passed out on the floor in a hallway on the third floor. When DePina tried to take Wahler into custody, the former reality star allegedly lashed out, calling the arresting officer "a nig**r, a fag**t, and a poor f**k." According to DePina, Wahler also stated, "that he was rich and would have my ass." Wahler, who was described as "belligerent and hostile," allegedy threated DePina a second time, saying, "Come down to L.A. county and get your ass kicked!"

Wahler was booked on charges of criminal trespassing and assualt. It is Whaler's fourth arrest in nine months.