TMZ cameras caught Senator Barack Obama heading into the Ed Sullivan Theater in Manhattan to tape his appearance on "The Late Show with David Letterman." He's on the show tonight with Halle Berry and Masters golf champ Zach Johnson. Not too many people can bump Halle to second billing! 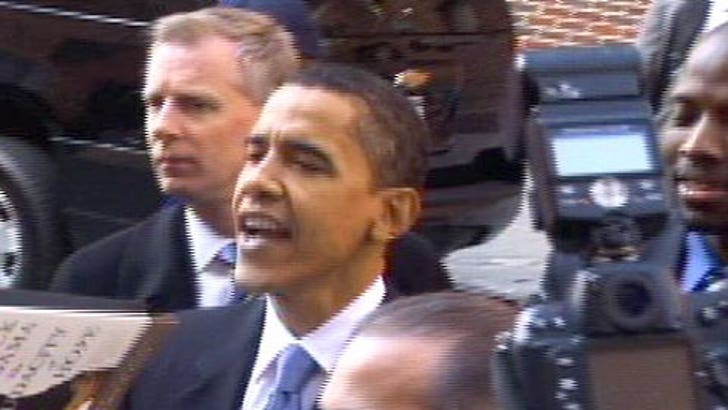 All three signed autographs for fans who were waiting outside the theater. Berry was sporting a pair of leather pants, Johnson was wearing his Green Jacket and Obama was ... just wearing a suit.

Catch the show tonight on CBS. Check your local listings.