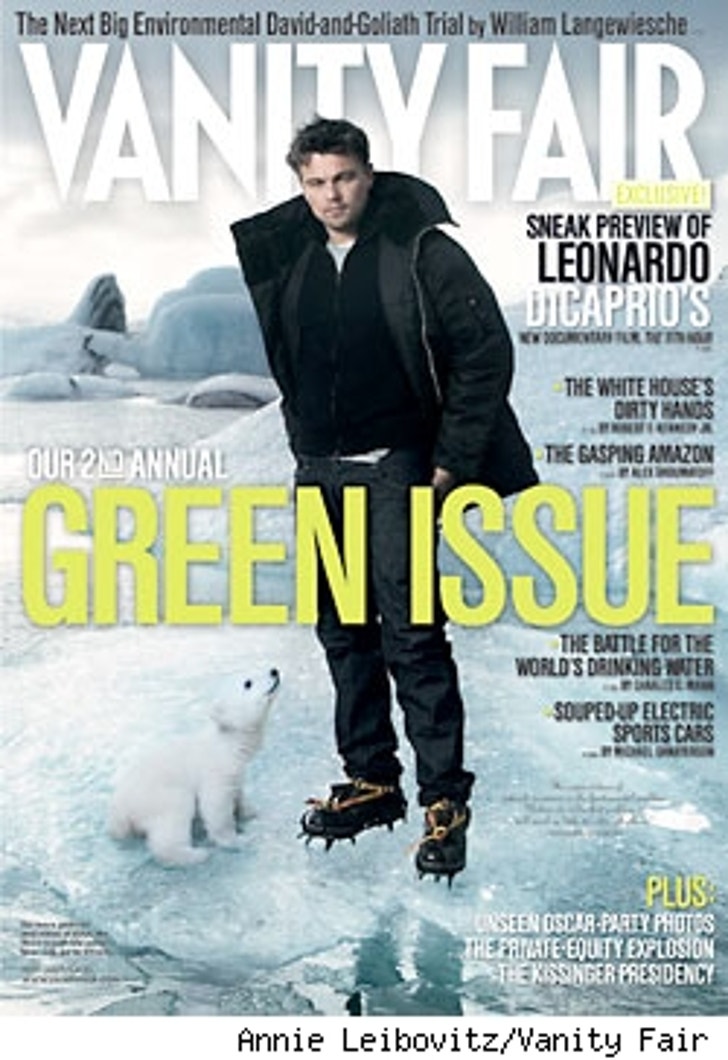 Leonardo DiCaprio will travel to the end of the Earth to save it ... Knut the polar bear will not.

Leo's travels took him to the Jökulsárlón glacier lagoon in southeast Iceland for the cover of Vanity Fair's 2nd Annual Green Issue, which hits newsstands this week -- while the baby polar bear was photographed in Berlin.

The cover photo was taken by legendary photographer Annie Leibovitz, who also went to the Berlin Zoo to photograph Knut -- who was then superimposed with Leo. This is DiCaprio's first work with icebergs since "Titanic."

The May issue of Vanity Fair is devoted to environmental issues and features an excerpt from DiCaprio's upcoming documentary, "The 11th Hour."