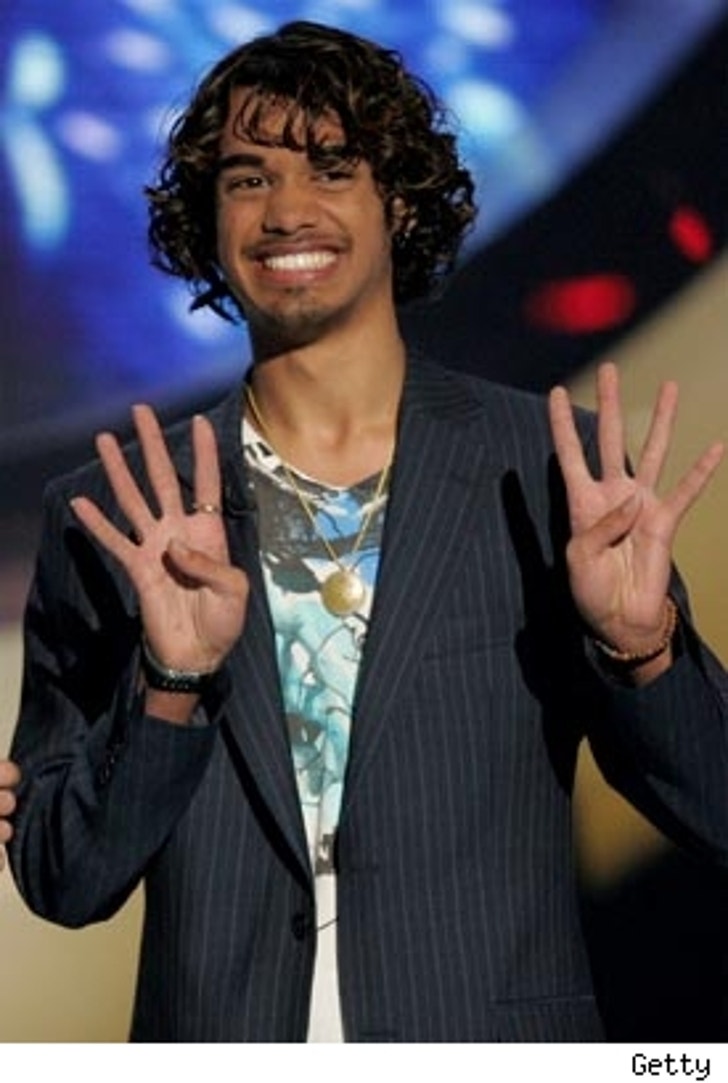 Whether or not you agree with Howard Stern and votefortheworst.com's quest to make Sanjaya the next "American Idol," one thing is for sure -- in Sanskrit his name literally means "victory." Go Sanjy!

Sanjaya is also a character in the Hindu epic story Mahabharata. And according to the bastion of accuracy that is wikipedia.org, the Sanjaya character "is known to be brutally frank in his recital of the day's battle events and his own opinions." TMZ may not be experts on Indian tales, but the "brutal" and "recital" parts couldn't be any more accurate about our furry little Malakar!

America breathlessly awaits (or is that asphyxiation?) seeing if Sanjaya gets one step closer to fulfilling his victorious destiny on tonight's J.Lo infused elimination show.