Since when can a reality TV show producer shut down one of the biggest streets in Beverly Hills, and on the weekend no less?! 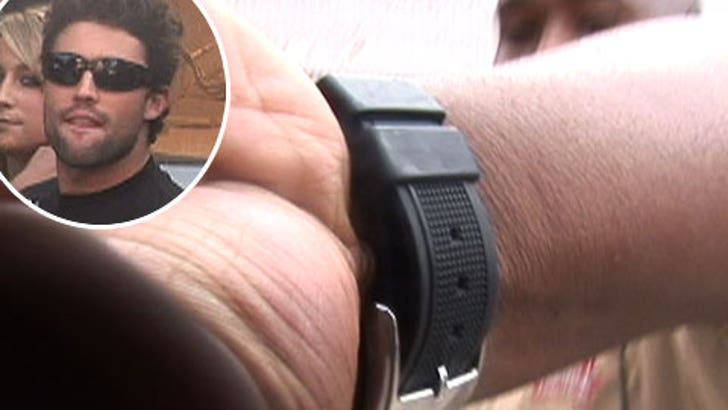 A TMZ cameraman was manhandled by henchmen working for a new show featuring Brody Jenner as he tried to shoot the reality star on the very public and very popular street.

Brody seemed pretty cool about being on TMZ, smiling and mugging for our shutterbug. But the hired muscle decided to swat our camera and even wiped bird crap on it -- under orders from the show's producer.