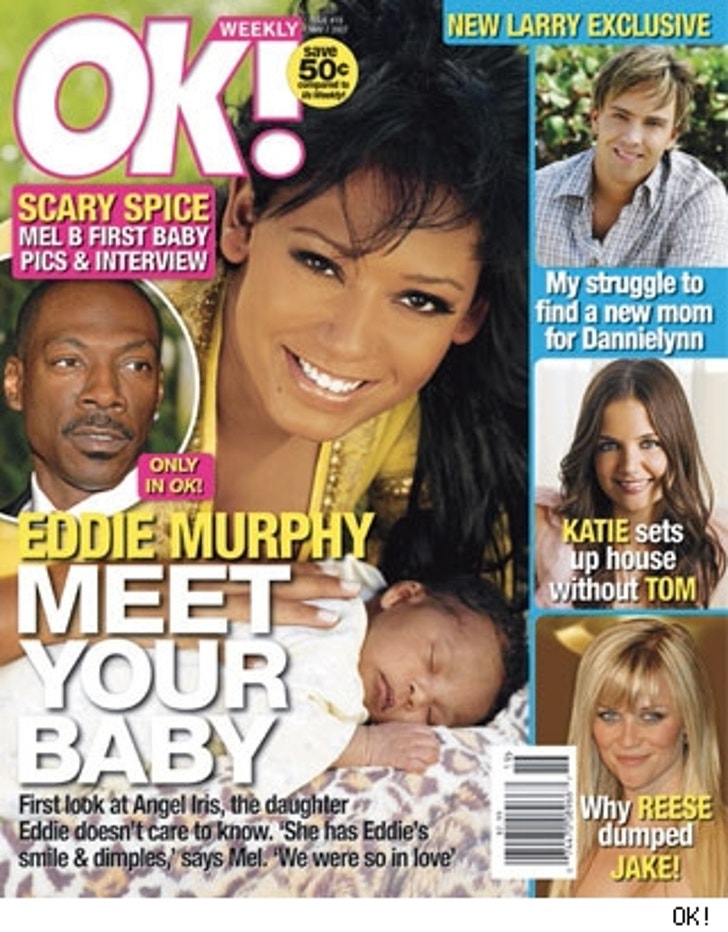 Scary Spice has "no doubt" that her newborn dreamgirl, Angel Iris, is Eddie Murphy's baby!

Melanie B. tells OK! magazine that she has no problem with the "Daddy Day Care" star taking a DNA test -- and wants him to "step up to the plate and be responsible." Murphy has publicly questioned the paternity of the golden child.

The former Spice Girl says she and Eddie were "madly in love" and that she was blindsided by their breakup -- which Melanie found out from a friend! As far as feeling embarrassed for being dumped so publicly, Melanie says, "I don't feel humiliated, I think the only person who has humiliated themselves is Eddie." Now why did she have to go and bring up "Norbit?!"

If her claims are true, Eddie's behavior towards Melanie seems especially troubling, considering what a Good Samaritan the Oscar-nominated star usually is. In 1997, Murphy famously helped his fellow man by giving a ride to a transsexual prostitute.