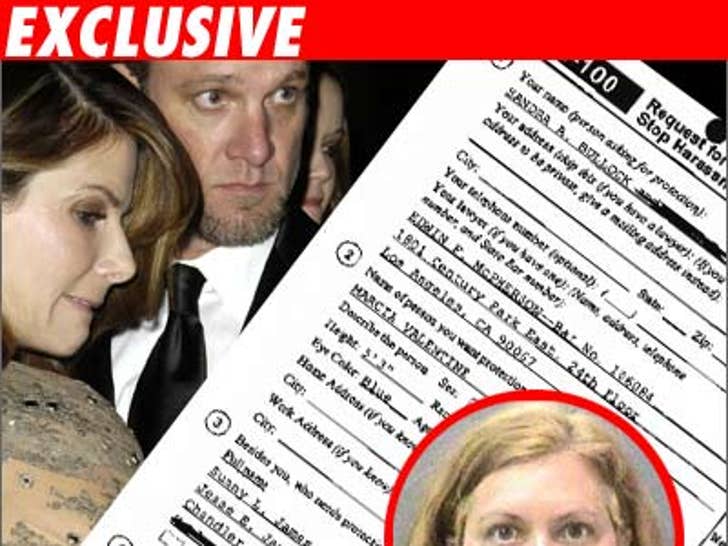 TMZ has learned that Sandra Bullock filed a request for a restraining order in an Orange County Court to gain protection from obsessed fan Marcia Valentine -- who attempted to run over Sandra's motorcycle mogul husband, Jesse James. 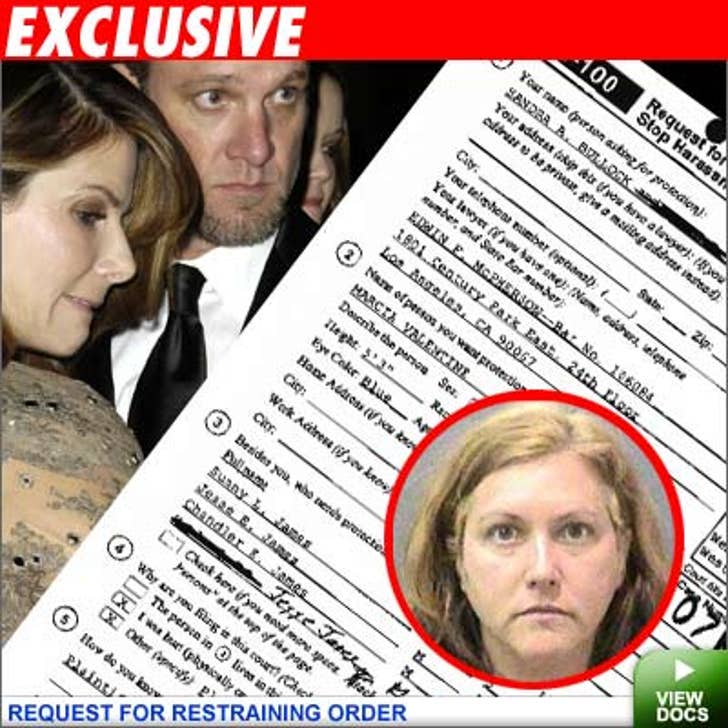 In court documents, Bullock describes the recent horrifying incident in which Valentine made several attempts to run over Jesse with her Mercedes -- saying Valentine also allegedly trespassed onto their grounds, and that she entered the "property on several occasions, and threw numerous signs and other objects over their gate."

As TMZ first reported, Valentine was arrested early the next day by Orange County Sheriffs Deputies. Maria has since made bail and is awaiting her next court date.