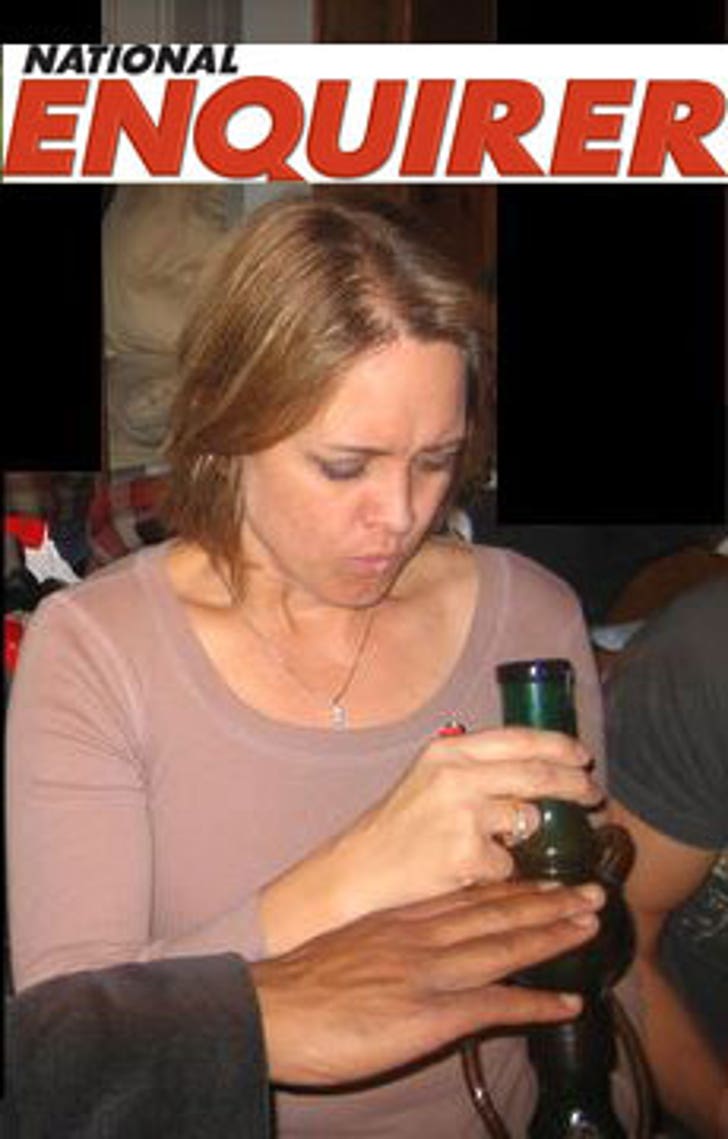 Sanjaya Malakar's mom -- who's already served jail time for some serious pot production -- could be in more hot legal bongwater after this photo of her was snapped at a Hollywood party in March.

In the shot, obtained by the National Enquirer, the Momjaya appears to be holding what is euphemistically called a hookah pipe and a lighter. According to a source cited by the Enquirer, the 41-year-old Blyth could be in more trouble if this picture suggests that "she's continuing to break the law," especially because, says the paper, she was sentenced under 12 months of "community supervision" as part of her felony conviction on drug charges in 2005 that required her to be drug-free.

On the other hand, says the Enquirer, her legal case was officially closed last year, and as a result, everything might be totally mellow for Blyth.