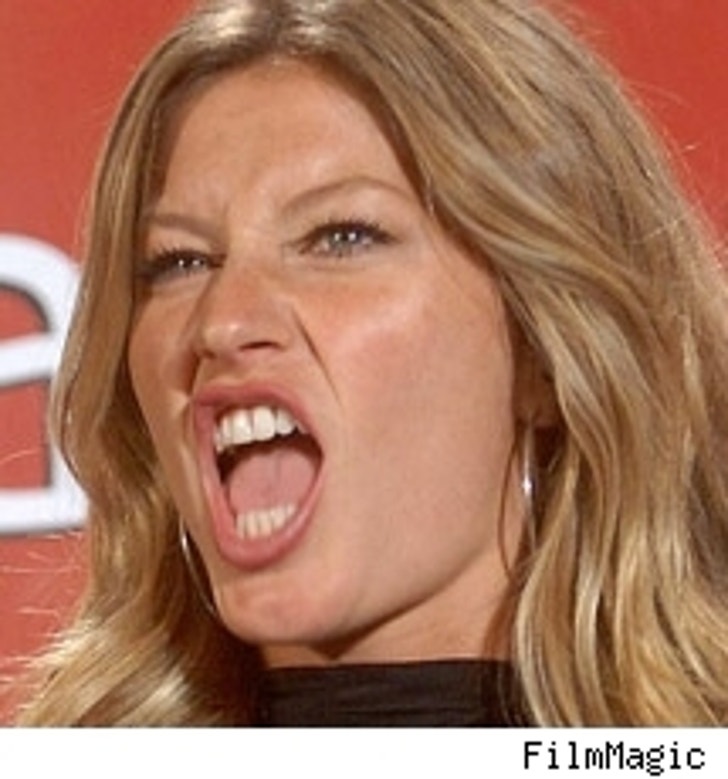 Rumors on the breakup between supermodel Gisele Bundchen and Victoria's Secret are getting more plump and juicy by the minute!

According to the Brazilian media, among Gisele's long list of dealbreaking requests in contract talks were that she never be on the runway at the same time as ex BF Leo DiCaprio's current GF, Bar Refaeli! Get offa my runway, world!

Miss Bundchen also wanted to travel less and make more money. Fashionista gossipistas are saying that Victoria's Secret was not happy that Gisele packed on 15 lbs. after giving up cigarettes. "When you stop smoking you gain weight, because food tastes better than when it tasted like ashtray," quipped Miss B, whose weight gain and health kick sparked rumors that she might be pregnant with footballer Tom Brady's li'l pigskin.

Tom and Gisele haven't commented on their condition.