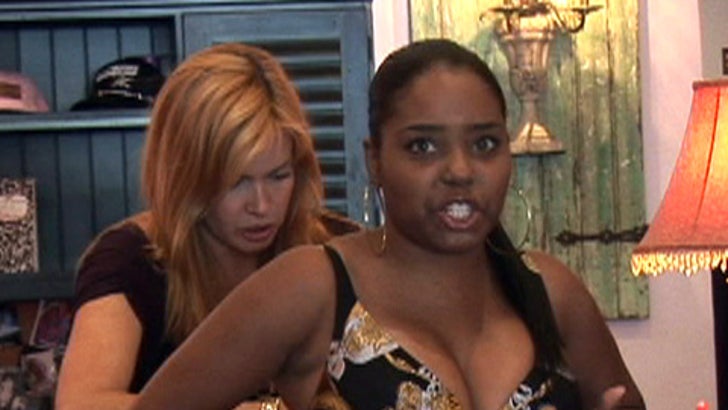 TMZ spotted the former UPN actress, turned spurned ex of K-Fed, shopping at Sugar on La Brea yesterday, where she told our cameras that Britney's comeback tour of 10-minute shows is "long overdue." Of course, Shar made a mini-career out of covering Britney's songs, so it may just be she needs some new material.

While trying on a cleavage-enhancing (like she needs the help!) dress, Ms. Jackson also gave her uninformed take on Paris Hilton's summer slammer plans, telling TMZ she doesn't "know all the details ... but I think she's a nice girl."