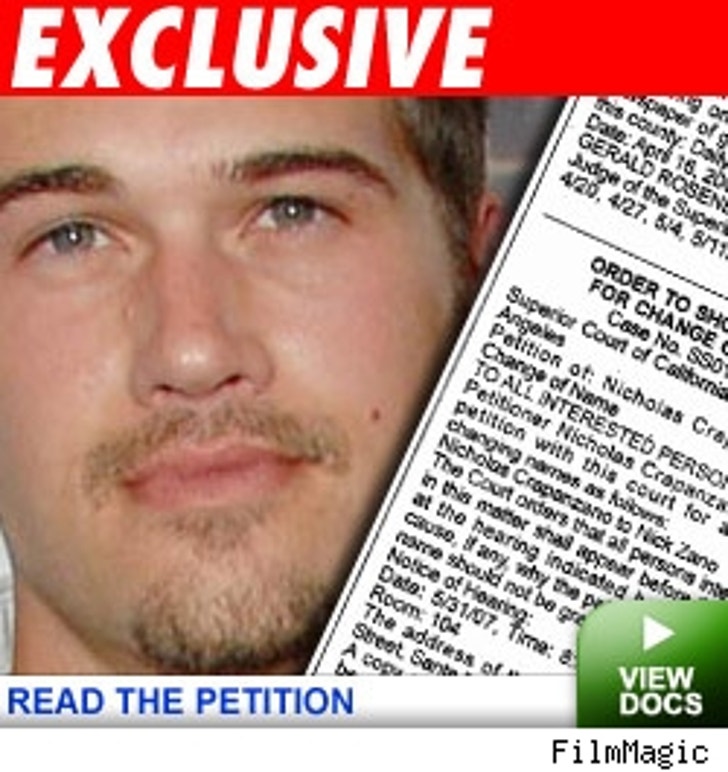 An astute TMZ reader pointed out that Pax Jolie and teen dream Nick Zano have something in common -- they both need to publicly announce their name change!

Apparently, placing the public notices in the low circulation Daily Commerce is de rigueur for Hollywood, and it's no exception with Nick.

Nick is currently dating "Laguna Beach" alum Kristin Cavallari, which ensures him entry to Hyde for the foreseeable future. Think he would have had the same success if he had kept his real name: Nick CRAPANZANO?