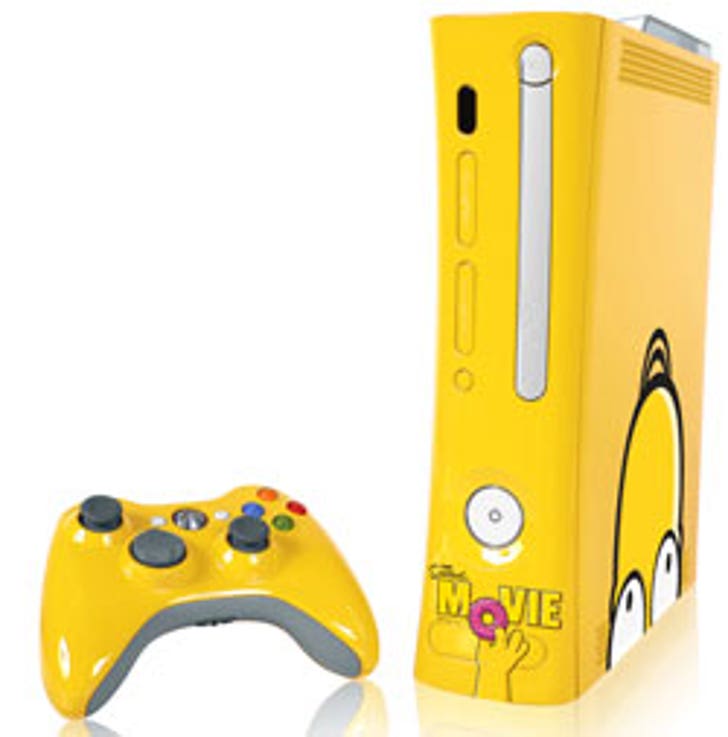 Homer, Bart and the rest of the Simpsons clan are making it a very yellow summer.

FOX and Microsoft are teaming up to promote "The Simpsons Movie" by offering fans the chance to win one of 100 limited-edition "Simpsons" Xbox 360 Pro consoles. The consoles can be had through a series of special events and promotions.

If you're not lucky enough to win the "Simpsons" console (doh!), don't fret. EA Games announced an upcoming "Simpsons" video game available on all the major consoles and handhelds. The game will follow the Simpsons' adventures when they realize that they have been licensed as a video game. So it's a video game about a video game with parodies of current and past video games. Mmmmm, slightly confusing video game plot.

It's turning out to be, in Comic Book Guy's own words, "The best summer, ever."