Looks like Eve learned a very important lesson from her DUI arrest -- if you plan on partying, get a driver! 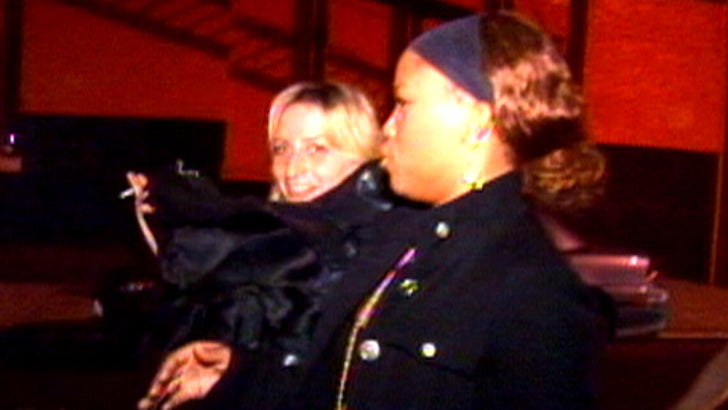 TMZ caught the Ruff Ryder's First Lady leaving Stereo in New York last night, where she momentarily hid under a friend's jacket after cameras spotted her. After offering her opinion of the Iraq war -- "It's f**ked up!" -- Eve hopped into the backseat of a Town Car and took off.