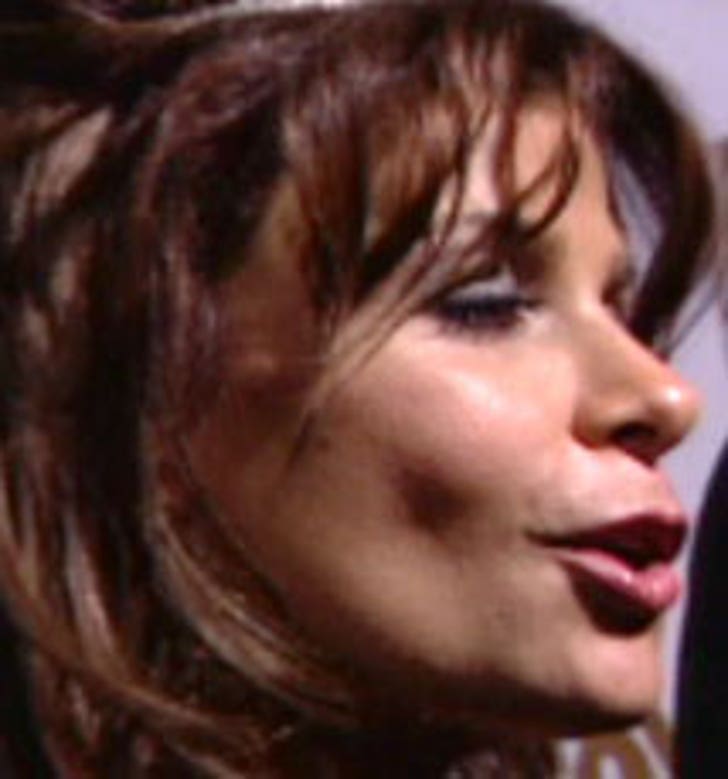 Wait 'til Simon hears about this! As first reported by "EXTRA," ever loopy "American Idol" judge Paula Abdul broke her nose over the weekend, when she tripped while trying to avoid stepping on her dog -- a large, threatening, fear-instilling chihuahua named Tulip. (We kid, of course.)

Though she wasn't hospitalized, "EXTRA" says Abdul did suffer the nose-mashing fate just days before the live finale of "Idol." There's no indication that she'll be missing the big event, or that she'll have to wear any protective headgear -- to avoid Cowell's no doubt stinging barbs.

When TMZ contacted Abdul's rep, Howard Bragman, about the accident, all he would say is, "I didn't trip her!"