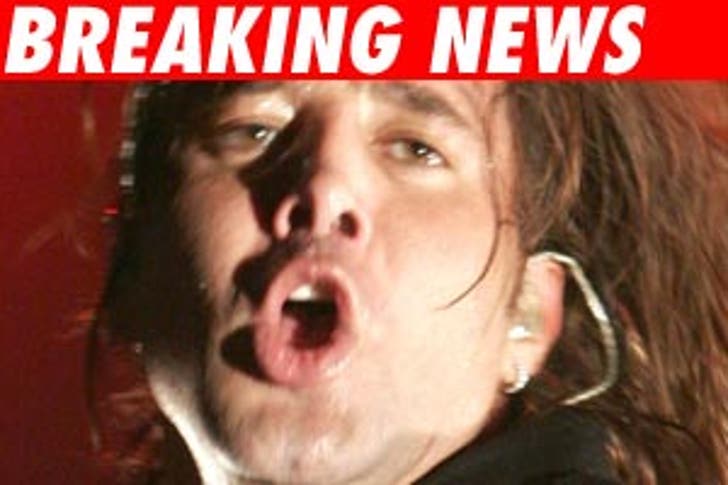 Scott Stapp's wife claims that she was "in fear for her life" when the rocker flung a glass bottle of Orangina at her face during an alleged incident Sunday morning.

According to the police report, Stapp's wife, Miss New York USA 2004, Jaclyn Nesheiwat Stapp, claims that she called 911 after Scott stumbled into their $5 million mansion around 8:00 AM and got "very angry" when she asked if he was "using drugs." Jaclyn told police that Stapp began yelling at her to "leave him alone," before he grabbed an Orangina bottle and launched it at her face, nearly hitting her.

When cops arrived, they found the shattered bottle ... and several handguns locked in a safe. According to the report, "Scott was very cooperative" about handing over the firearms, which were immediately confiscated. One of the responding officers claims that Stapp did admit to throwing the bottle, but the former Creed frontman also said, "Jaclyn was no where in the area."

Stapp was then arrested on suspicion of domestic assault with intent to commit a felony. After spending a night behind bars, a judge lowered the original booking charge to a misdemeanor. Now, the case is in the hands of the State Attorney, who has 30 days to charge the rock star or reject the case.

According to several published reports, Jaclyn has dealt with Stapp's demons before. The singer was arrested at LAX in 2006 for being publicly intoxicated while waiting to board a plane to Hawaii -- for their honeymoon -- but no charges were filed.