The train has left the station -- and the "American Idol" castoffs are on board! Adios! 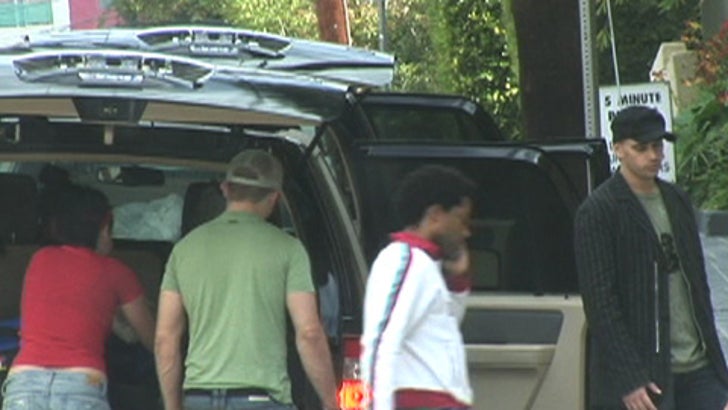 TMZ cameras caught Phil, Chris, Brandon and Gina as they left their hotel in West Hollywood to head for the Kodak center in Hollywood.

If it's anything like last year's, tonight's big finale should bring the house down with some amazing, fast-paced performances -- and these idols will be singing too.

Our cameras also spotted taffeta-ed Anna pal, Bobby Trendy, who was on his way to the "A.I" finale as well. More video to follow -- stay tuned!