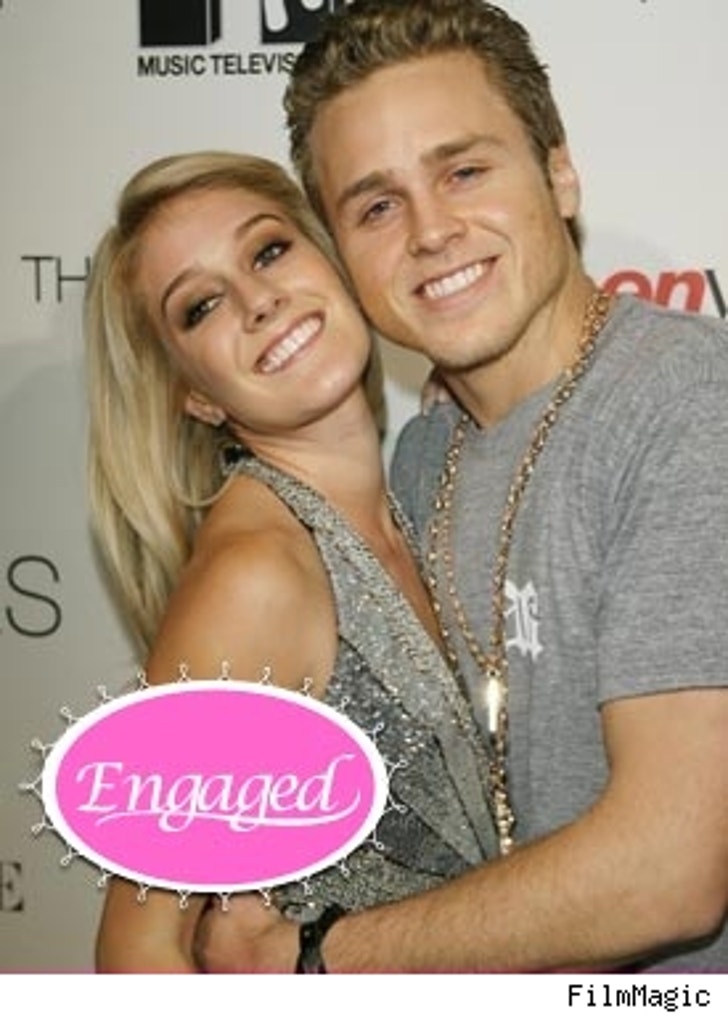 Stop what you are doing. This is a moment you will remember forever. MTV's "Hills" stars Heidi Montag and Spencer Pratt have done it. They're engaged. For now.

As Us Magazine just reported, the "world's best boyfriend" popped the question to his 20-(yes 20)-year-old fiancee last night in Santa Barbara. Obviously, she said yes.

According to Us, Pratt picked up a diamond encrusted platinum band at Zales a jewelry store in Brentwood, Calif.

Don't expect Lauren to be designing Heidi's dress. Her invite got lost in the mail.