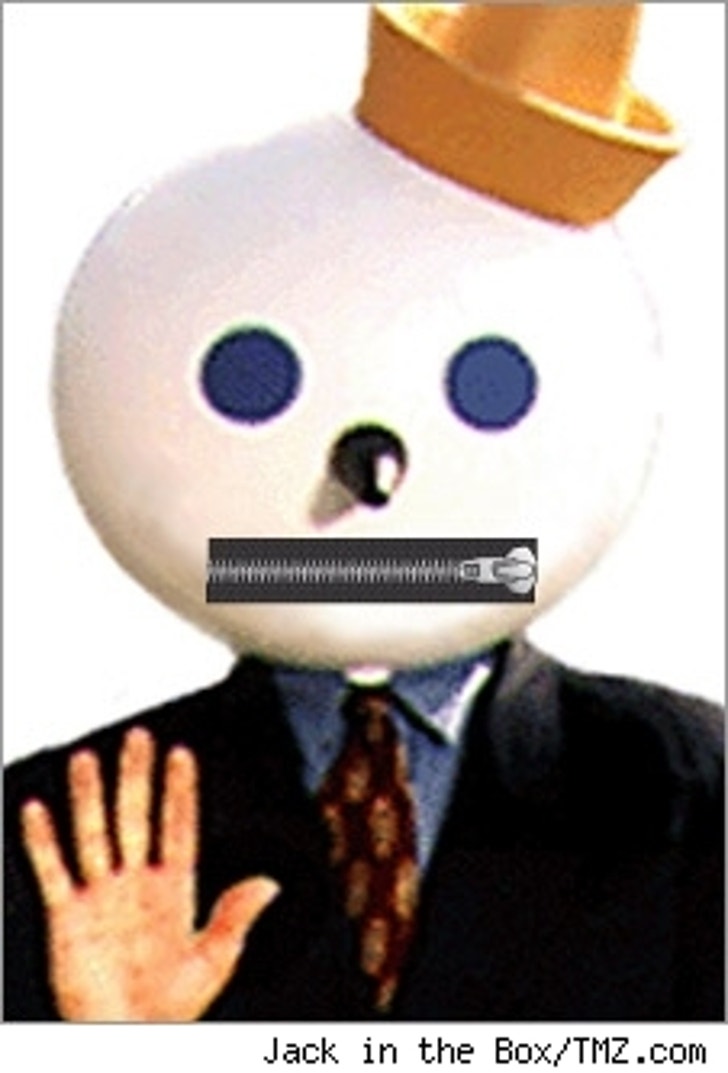 A fast food giant is making a huge stink over Jack in the Box's toilet-humored attack on Angus beef. It seems that there is a fine line between steer and rear.

Jack -- the styrofoam-headed, jovial pitchman for the Jack in the Box fast food chain -- ducked TMZ's requests for comment over a lawsuit about a commercial that makes his rival fast food joint the butt of a burger joke. Bummer.

The parent company of Carl's Jr. and Hardee's filed the lawsuit over a hilarious ad that depicts Jack in the Box employees -- lead by the aforementioned Jack -- laughing about Carl's Angus hamburgers by acting as if they're called "anus." Tee-hee.

Carl's peeps contend that Jack's commercials falsely imply that Angus beef burgers come "from the rear-end and/or anus of beef cattle, by creating phonetic and aural confusion between the words 'Angus' and 'anus.'" That's just silly -- everyone knows Angus beef comes from Uranus.

TMZ tried to contact Mr. Box to try and get to the bottom of these allegations, but we were cast a(back)side.