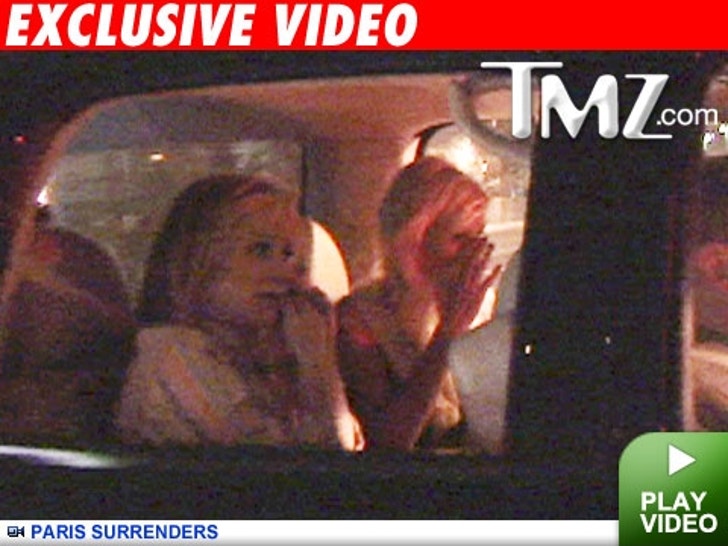 TMZ was there when Paris Hilton turned herself in to Sheriff's authorities Sunday night. 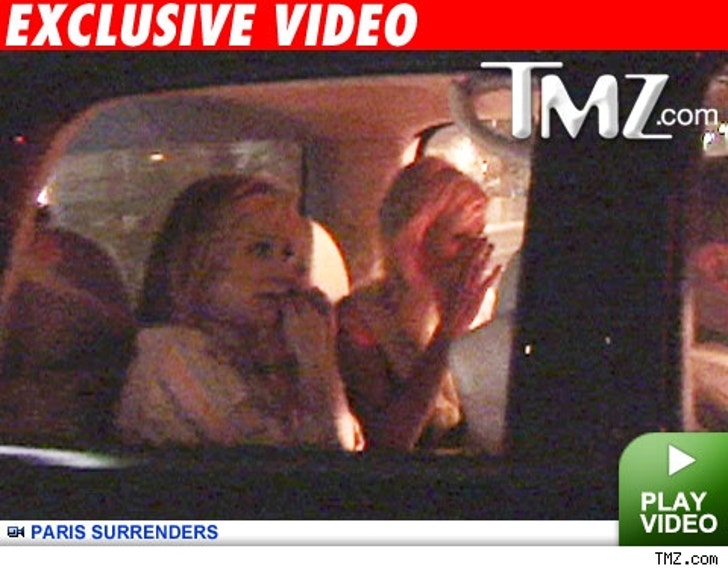 It didn't go down at the jail. Paris' mega-lawyer, Richard Hutton, picked her up at her parents' house at 10:30 PM. Hilton, Hutton, mom Kathy and sister Nicky then drove to the Men's Central Jail in downtown Los Angeles -- commonly referred to as the Twin Towers -- where Paris officially surrendered to the L.A. County Sheriff to begin her 23-day sentence. 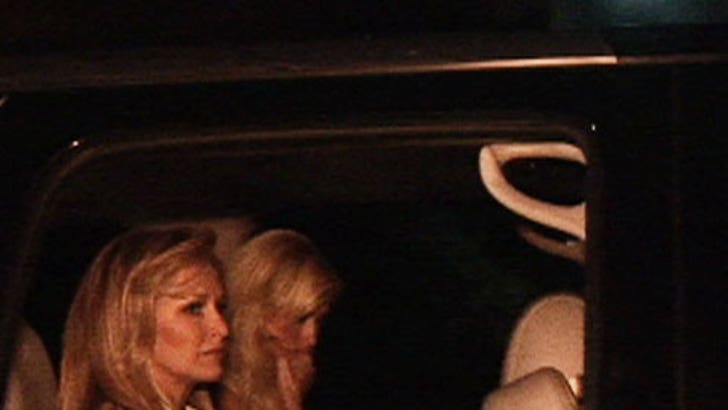 The Sheriff devised the plan of surrendering miles away from the actual site where Paris will be doing time, because the crush of paparazzi at the jail created a potential safety hazard.

Paris was then driven to the jail in Lynwood, where she is now serving her sentence. 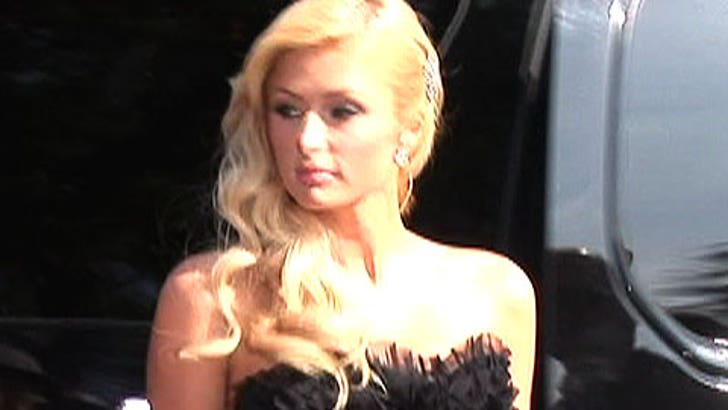 Earlier in the evening, Hilton left her house for the MTV Movie Awards. After appearing on the red carpet, Hilton went to her parents' house for a brief time, then left with her lawyer to face the music.

Law enforcement officials tell TMZ the plans for Paris have changed. Although they had pre-screened a woman who was designated her cell mate, for the time being, Hilton will be in solitary 23 out of 24 hours every day. The one hour that she's out, she's not really out. Hilton will be allowed to shower, use a phone and watch TV in a small pod adjacent to her cell.

Paris' lawyer just released a statement to TMZ from Hilton: "I am ready to face the consequences of violating probation. During the past few weeks, I have had a lot of time to think and have come to realize I made some mistakes."

Hilton added, "This is an important point in my life and I need to take responsibility for my actions.
In the future, I plan on taking more of an active role in the decisions I make. I want to thank my family, friends and fans for their continued support. Although I am scared, I am ready to begin my jail sentence."