Paris Hilton may have jetted to jail from the show, but the MTV Movie Award after-party scene was still rockin' without her. 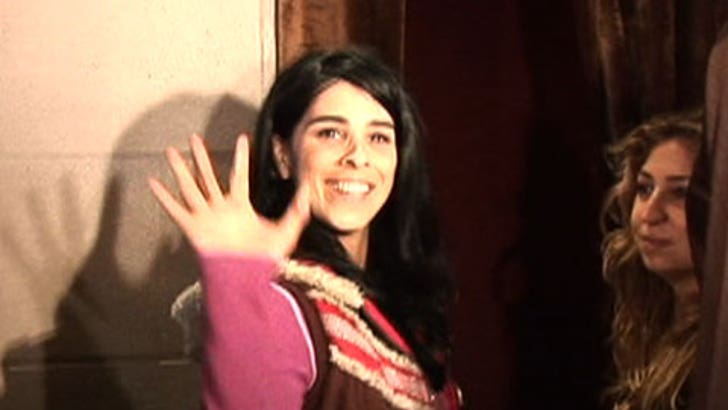 TMZ was at Hyde, where Sarah Silverman hosted her post-show bash at the trendy Hollywood club. Fresh from cracking jokes at the expense of the newly locked up heiress, and rehab inhabitant Lindsay Lohan, the hostess was thrilled to be the "talk of the town" when she arrived at her party.

The usually grumpy Tyrese was in good spirits on his way out of the club, while the uber-curvy Kim Kardashian worked her skin-tight ensemble on her way in.

The party also brought out a Britney-fied (circa 2001) Amanda Bynes, a fan-appeasing David Spade, Chris Tucker, Meagan Good and Lance Bass -- who admitted he didn't even watch the show!

All this and more in today's after-the-popcorn-statues edition of Star Catcher.