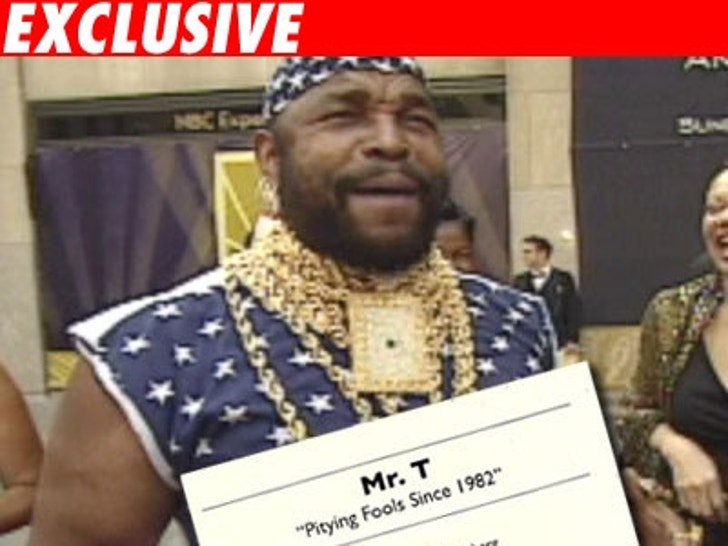 Mr. T's talents cannot be summed up in one word. Hell, not even two or three. And that's why the mohawk-sportin', former gold-chain rockin' American icon -- who lumped up Rocky Balboa, went on the run for a "crime he didn't commit," and fought side-by-side with Hulk Hogan -- needed a very special phrase to describe his occupation on his business cards. 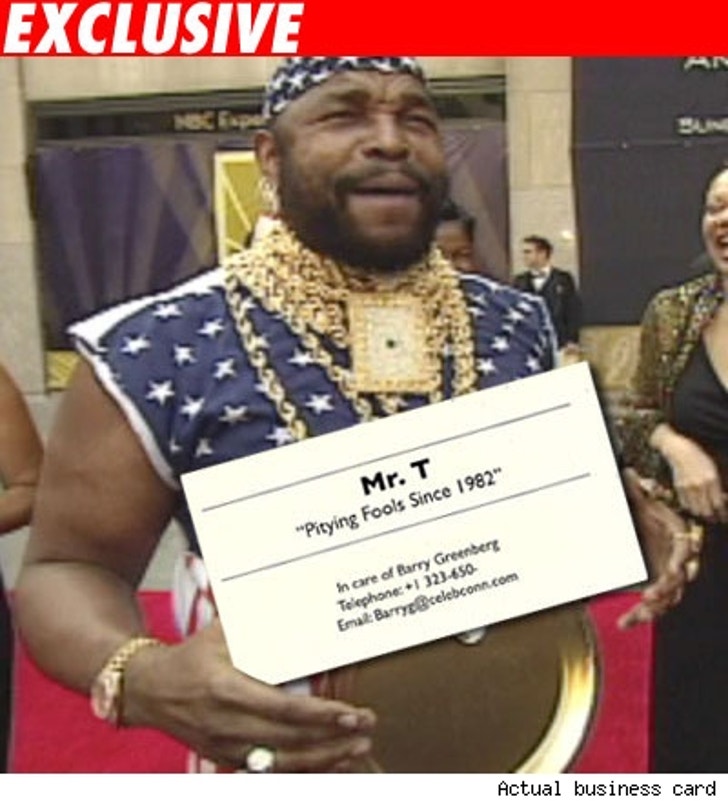 TMZ has obtained one of T's actual cards, which we proudly share with you. Apparently, the 55-year-old actor is still a giant in Japan -- the back of his card is translated into Japanese! 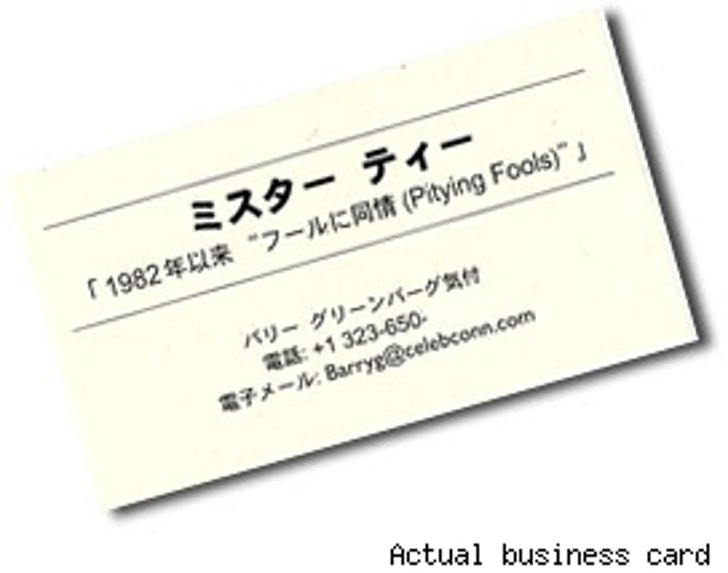