Nicole Richie dropped by "The Late Show with David Letterman" today, and the main topic of conversation was inmate #9818783 -- aka Paris Hilton. 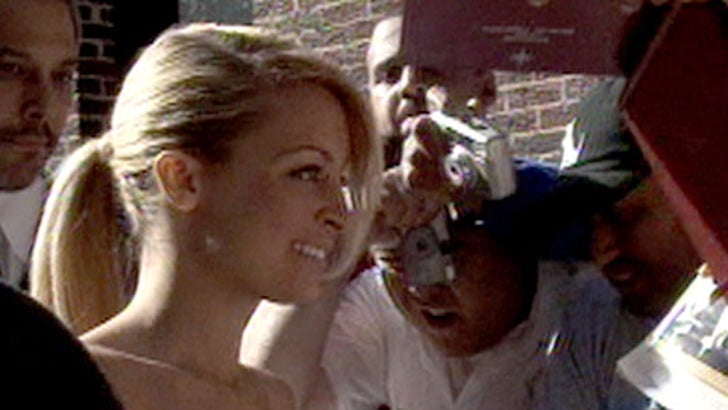 TMZ cameras caught Nicole as she made her way through the crowd to tape her appearance. "The Simple Life" star told Dave that she hasn't spoken to Paris since she entered prison, but she did talk to her right before, and said that Paris felt "just like anyone would feel before they were going to go to jail." Fearful of not being able to shop on Melrose?

Dave even brought up Nicole's court problems and the possibility she could be headed to the slammer as well. Nicole took a page from the Paris apology book, telling Dave, "I'm just keeping my fingers crossed, and you know, of course, I'm scared also, but you know, I'm willing to face whatever consequences come my way and I take responsibility for what I've done."

Check out the weighty Nicole Richie interview, tonight on "The Late Show."