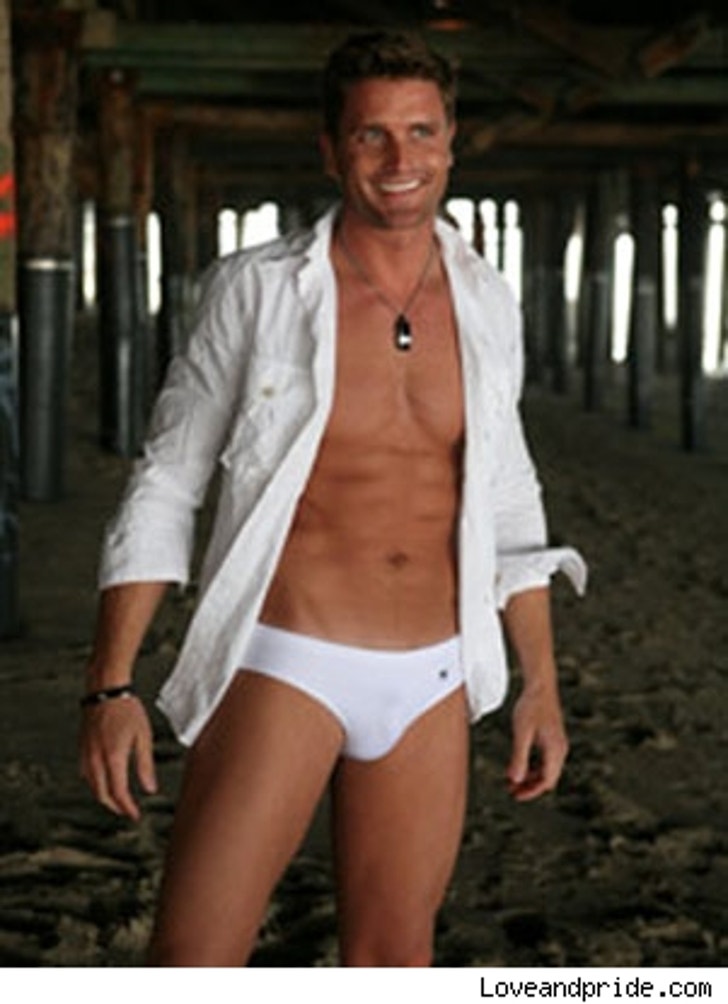 With his relationship to Lance Bass long done, Reichen Lehmkuhl has found a way to make ends meet -- by selling jewelry! Are diamonds a gay's best friend too?!

Fly Naked is the former Air Force pilot's new line of titanium jewelry for men, inspired by aviation parts -- like propellers and wings. And from the looks of the line's sexy promotional pics, Reichen may have also named Fly Naked for his favorite terrestrial pastime -- nudity! Is their jewelry in that picture? We hadn't noticed!

Ten percent of Fly Naked's sales will go toward the Servicemembers Legal Defense Network, which assists members of the US Armed Forces harmed by the discriminatory "Don't Ask, Don't Tell" policy and other related forms of intolerance. Bling with a conscience!