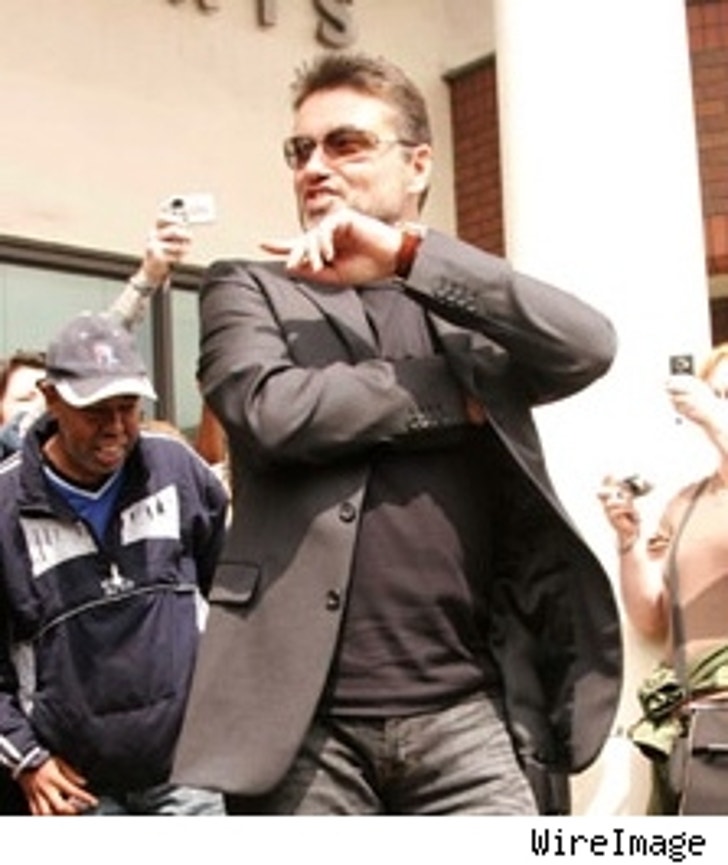 George Michael won't have to do any time behind bars for his DUI -- but he won't be able to drive for a couple years, and that's probably a very good thing.

Michael was in a London court today to face the music, after pleading guilty to "driving while unfit through drugs," and the judge slapped him with 100 hours of community service, banned him from getting behind the wheel -- fit or unfit -- of any car for two years, and made him pay a whopping $4,622 in fines. He's pictured (right) outside of court, possibly doing the dance to his hit "Monkey."

A cranky George told reporters, "Don't bother to ask any questions, because believe me I am not going to answer them." He called the media coverage of the case -- in which he was found slumped over his steering wheel after passing out in his car -- "farcical."

The cruise-challenged singer will next be seen performing at the first concert in the new Wembley Stadium in London this weekend.