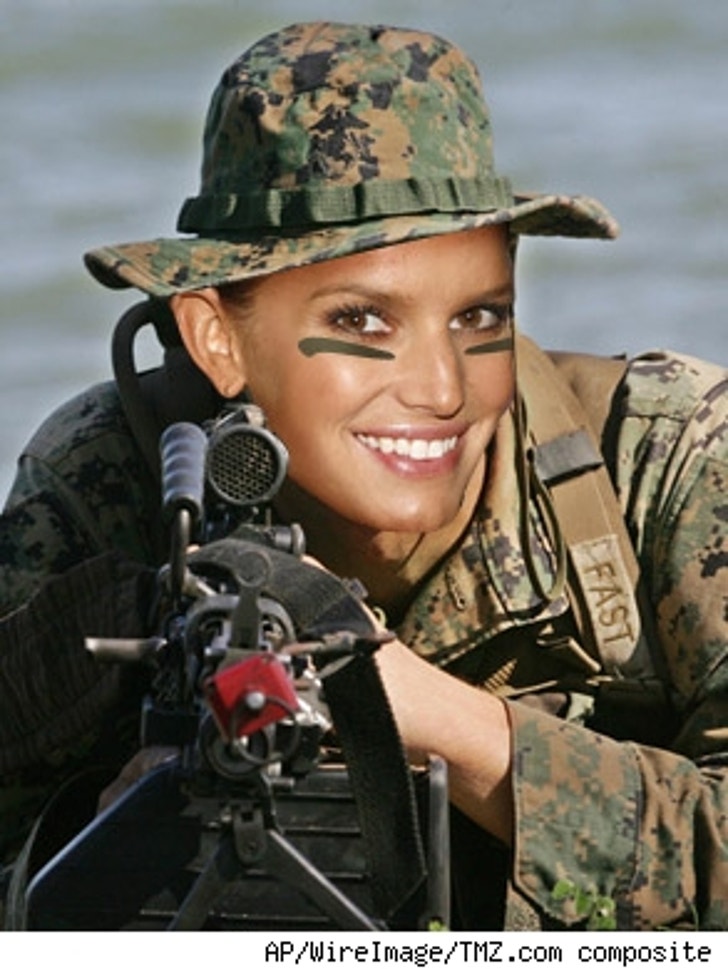 Professional blonde Jessica Simpson is set to star in the movie "Major Movie Star," playing the role of a Marine Corps enlistee. Sounds like it should be called "Private Benjamin 2."

According to Variety, the pic is about a movie star who decides to enlist in the Marines to prove to movie producers that she is the right choice for an upcoming military-themed film. Simpson's character quickly realizes she has made a huge mistake, but decides to power through -- for the good of her country. Hilarity, no doubt, ensues.

After "Employee of the Month," if Jess were really interested in the good of the country, perhaps she would stop making films.